The University of Manchester has moved up to number 35 in the latest Academic Ranking of World Universities (ARWU) which ranks 1,000 of the world’s leading higher education institutions 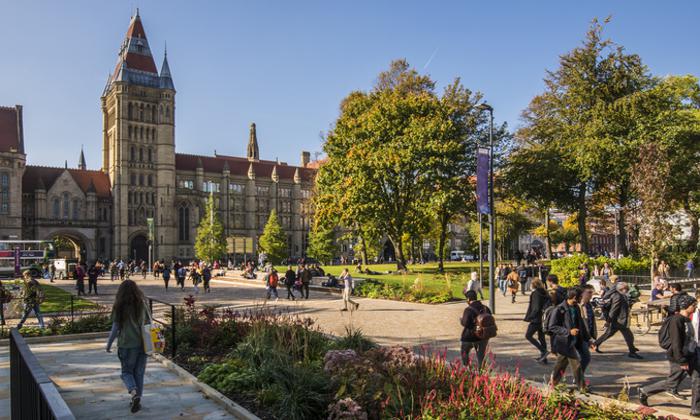 This sees Manchester maintain its position as the fifth best institution in the UK, and as a top ten European university according to the ARWU. Overall, the UK has 65 universities in the top 1000, with 38 of them listed in the top 500 and just eight of these in the top 100. This year, more than 2,000 institutions were scrutinised with the best 1,000 universities being published.

Deputy President and Deputy Vice-Chancellor Professor Luke Georgiou said: “We’re delighted to have moved up and, once again, achieved a strong position in another prestigious international university ranking.

“The ongoing global pandemic has been a challenging period for everyone in the sector, globally. Our staff and students have coped magnificently.

"This latest success is theirs and another indication of all their hard work and high achievement for which I’d like to thoroughly thank them.”

Launched in 2003, the ARWU rankings uses six indicators, including number of alumni and staff winning Nobel Prizes and Fields Medals, the number of highly cited researchers selected, and the number of articles published in high-profile journals such as Nature and Science.

This latest ARWU ranking success follows on from Manchester maintaining its highest ever position in the prestigious QS World University Rankings in June earlier this year.

In April, Manchester was also named the world's number one university in the Times Higher Education (THE) Impact Rankings. The University topped the table of more than 1,200 universities from around the world on action taken towards the United Nations (UN) Sustainable Development Goals (SDGs). The UN's 17 SDGs are the world's call to action on the most pressing challenges and opportunities facing humanity and the natural world.

The Alliance Manchester Business School also saw international success earlier this year as its MBA ranked 30th in the world, 10th in Europe and 4th in the UK in the Financial Times Global MBA Ranking 2021. This is the annual ranking of the world’s best full-time MBAs.