Two finals in one day for victorious cricket team 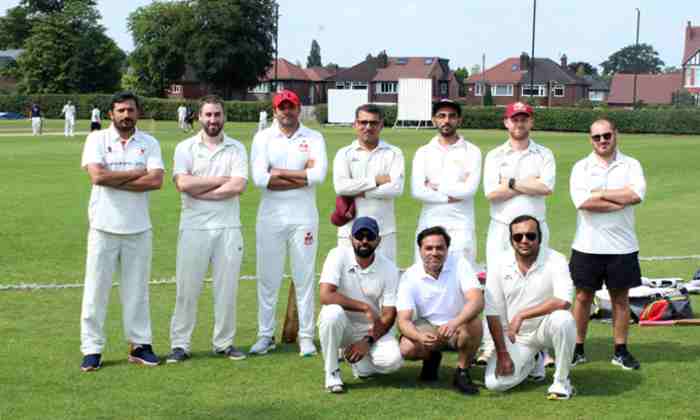 Due to a fixture mix up, the team played finals against two different teams to secure their victory. After chasing down a challenging total posted by the Price Waterhouse Coopers team in the first final, BDO were also defeated in the second match after another closely contested game.

The team’s route to the finals saw them win three fixtures at the group stage.

Captained by Mudassar Iqbal, the team is a mix of all staff groups, post graduates and occasionally University alumni. It is managed on a voluntary basis by Mudassar with support from other team members.

Mudassar said: “Congratulations to all who have played for the team this year and contributed to our success. It has been an excellent season with so many colleagues from different areas coming together around a shared love of cricket. The cricket has been very social throughout, with the added bonus of winning a trophy!”

The Manchester Professionals’ Cricket League is an annual competition with matches being played on weekday evenings between May and July each year at grounds close to the University. The League raises funds for St Ann’s Hospice and the Lord’s Taverners.

If you are interested in joining the team, please look out for future updates on Staffnet or contact Mudassar Iqbal. All cricketers and potential cricketers of all standards are welcome!