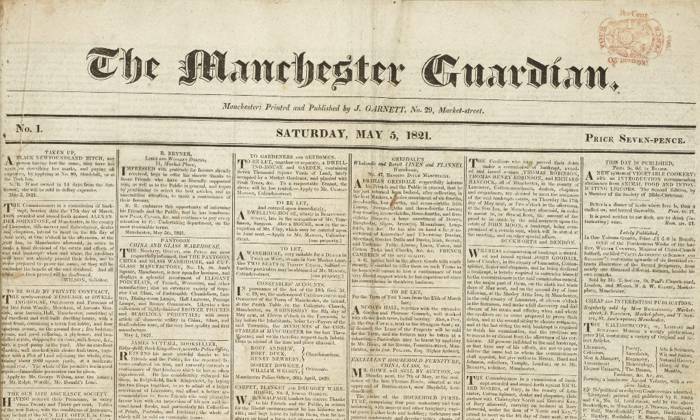 Founded in Manchester in 1821 after the horrific Peterloo Massacre in the city, the Manchester Guardian was a progressive voice at a time when the industrial north was leading the country’s prosperity. Establishing a reputation for liberal opinions and fair reporting, the paper outgrew its Manchester roots to become a globally recognised news brand: the Guardian.

Uncover the stories behind the headlines and meet the journalists chasing the next scoop. You can view the document that founded the Manchester Guardian and learn how the paper’s history and values reflect the city it was born in.

The first edition was published on Saturday, 5 May 1821 and it cost seven pence.

What’s in the exhibition?

Explore letters from Nazi Germany and accounts from the Spanish Civil War revealing the risks that journalists took to report difficult truths. Read letters from Guardian readers challenging the paper’s stance, and be inspired by legendary editor CP Scott’s principles of journalism outlined in his essay to mark the paper’s centenary in 1921.