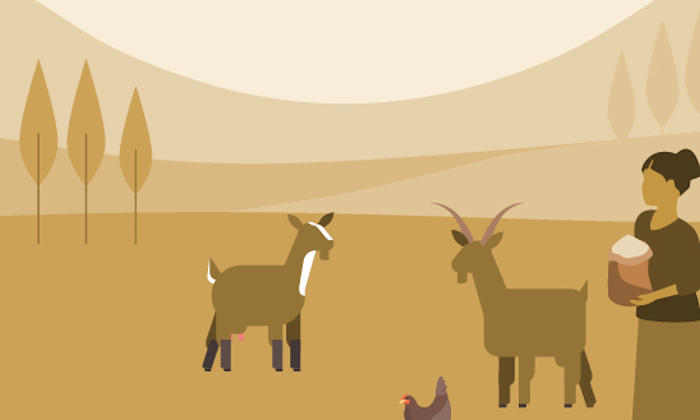 South Asia’s agriculture is in crisis. The majority of its farmers are facing serious production constraints, making them economically non-viable. But research at our University has shown that group farming initiatives could provide a sustainable solution to these problems.

More than 80% of South Asia’s farmers are cultivating under two hectares, usually in scattered plots. Most lack access to irrigation, credit, technical information, and the means to tackle climate change. A growing proportion of farms are managed by women, but without owning the land they cultivate, as men move to non-farm jobs.

For more than a decade, Bina Agarwal, Professor of Development Economics and Environment at our Global Development Institute, has examined whether cultivating in groups by voluntarily pooling land, labour, funds and skills and sharing costs and benefits, would enable small farmers to create larger, more profitable enterprises in South Asia, and beyond.

Professor Agarwal also presented her findings to Kerala’s state government which had launched group farming in the early 2000s as part of Kudumbshree, the State’s Poverty Eradication Mission. Her research highlighted the economic success of group farms but also pointed to the need for greater inclusion of caste-disadvantaged women and increasing women’s land access.

The government acted on her recommendations. Today, Kudumbashree involves 4.4 million women in group enterprises in 14 districts. This includes 68,000 group farms managed by more than 330,000 women farmers. Many of these farmers have won positions in village council elections.

Professor Agarwal’s work on Kerala provided the basis for a new action-research project on group farming launched in 2015 in east India and Nepal by the International Water Management Institute, with local NGO support.

You can watch Professor Agarwal’s lecture on agrarian crisis and institutional innovation as part of the Global Development Institute Lecture Series: