Andy Haldane, Chief Economist at the Bank of England, has accepted a prestigious Honorary Professorship from the University of Manchester and Alliance Manchester Business School. 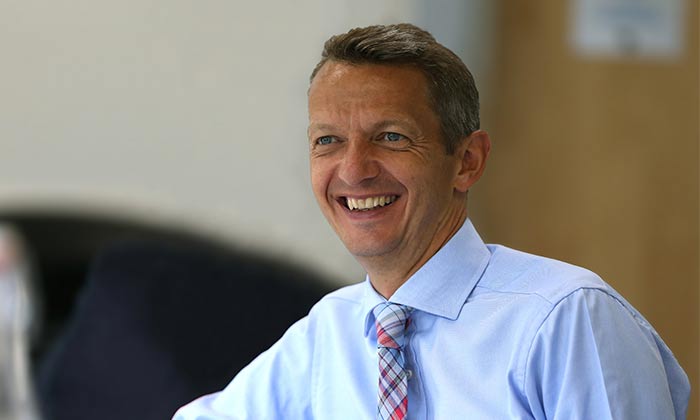 Andy Haldane, Chief Economist at the Bank of England, has accepted a prestigious Honorary Professorship from the University of Manchester and Alliance Manchester Business School (AMBS).

During his 30 years at the Bank of England, Andy has become a leading expert on monetary and financial stability as one of Britain’s most influential economists and served as a member on the Financial Policy Committee and Monetary Policy Committee. He will step down from this role in June 2021 to join the Royal Society for Arts, Manufactures and Commerce (RSA) as Chief Executive in September.

In addition to his contribution to the Bank of England, Andy has led HM Government’s Industrial Strategy Council and in 2009 co-founded Pro Bono Economics, a charity dedicated to using economics to empower the social sector. He was named one of the 100 most influential people in the world by TIME magazine in 2014 and among other positions, is a Fellow of the Academy of Social Sciences and Governor of the National Institute of Economic and Social Research.

Andy joined Lord David Alliance (who the School is named after), staff and students at the launch of AMBS’ new campus building in 2019. Here he sat on a panel with Professor Dame Nancy Rothwell, President and Vice-Chancellor of The University of Manchester, to discuss the role of universities in the future of UK productivity.

Andy has led on the BoE’s Citizens’ Panel initiative. Professor Fiona Devine, Head of Alliance Manchester Business School, has chaired three panels in the North West bringing together more than 500 people from across the region to help the Bank of England better understand peoples’ everyday financial and economic concerns.

Professor Dame Nancy Rothwell said: “I have worked closely with Andy for a number of years on the Industrial Strategy Council, which he led superbly. I am delighted that he has accepted an Honorary Professorship with us at Alliance Manchester Business School.”

Professor Fiona Devine added: “Having worked with Andy on the Bank of England’s Citizens’ panel, I know him to be a public intellectual committed to listening to people’s everyday concerns. As a business school focused on impact and engagement, I am very pleased Andy has agreed to join AMBS as an Honorary Professor’.

AMBS is a full-service Business School whose MBA programmes and Executive Education portfolio are highly ranked by The Financial Times. It is the headquarters for £32million Productivity Institute funded by UK Research and Innovation (UKRI)/Economic and Social Research Council (ESRC).