As the anniversary of Ellen Wilkinson's death approaches on 6 February, we look back at the remarkable life and trailblazing career of the former politician and Manchester alumna 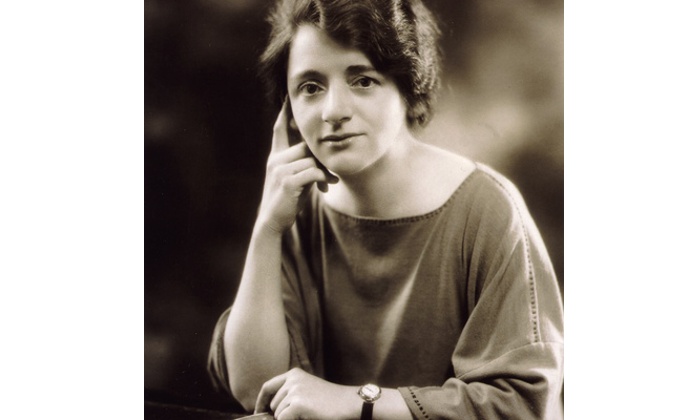 Ellen Cicely Wilkinson was born in 1891 and lived with her parents and three siblings in Chorlton-on-Medlock. Her father, entirely self-educated, was a cotton mill operative who became an insurance agent. His strict Methodist principles and strong sense of social justice influenced his children's education.

Ellen's childhood was dogged by illness, but she was encouraged by her parents to read extensively when not at school. In 1906, she won a £25 bursary to start teacher training - one of the few professional occupations open to working-class women at that time. At the age of 16, she joined the Longsight branch of the Independent Labour Party (ILP), where she was introduced to socialism and the women's suffrage movement.

Convinced that her future lay outside teaching, in 1910 she won the Jones Open History Scholarship, which gave her a place at the Victoria University of Manchester. Here, she became very involved in political activism, meeting many people who would become close political associates. In the summer of 1913, she sat her finals, and was awarded a BA Honours in History. It wasn't the First Class honours her tutors had predicted - but an Upper Second. She later said she had sacrificed her studies to support a strike in Manchester.

In July 1915, Ellen was appointed as a national organiser for the Amalgamated Union of Co-operative Employees (AUCE), with particular responsibility for the recruitment of women into the union, and she fought for equal pay for equal work, and for the rights of unskilled and lower-paid workers.

In 1923, she was selected as the Labour candidate for the Middlesbrough East constituency, making her the only female Labour MP.

With the Labour Party taking a majority in 1929, the following year Ellen co-sponsored a bill to limit shopworkers' hours to 48 a week. However, the Labour Party's success as government was short-lived. Her parliamentary prospects were revived by her selection as Labour candidate for Jarrow, a Tyneside shipbuilding town. She highlighted the hardships people in the town were facing due to chronic unemployment. The proposed building of a steelworks on a derelict shipyard site could have boosted employment, but this was turned down.

The decision galvanised the town's population, and in November 1936, Ellen presented the 12,000-name Jarrow Crusade petition, delivered by the 200 men who had spent 26 days walking the 282 miles from South Tyneside to Parliament in protest. She had joined them on the route when she could, making sandwiches and drumming up local support as they walked through towns on the way.

The country's attention turned to the Second World War, and Ellen was appointed Parliamentary Secretary at the Ministry of Pensions in 1940.  Transferring to the Ministry of Home Security, she realised that Londoners and city dwellers across the country were forced to live in increasing squalor in improvised air raid shelters. She supervised the distribution of more than half a million indoor "Morrison shelters" - under which a family could sleep at home - and was dubbed the "shelter queen" by the press.

With the Labour Party winning a landslide election in 1945, Ellen was appointed Minister of Education, the first woman to hold the post and the second to achieve a place in Cabinet. Her first priority was to raise the school-leaving age from 14 to 15. Other reforms included free school milk, improved school meals, an increase in university scholarships, and an expansion in the provision of part-time adult education through county colleges.

In 1946 she was awarded an honorary doctorate by her alma mater, the Victoria University of Manchester. Sadly, she died suddenly at home on 6 February 1947 - it had been an exceptionally cold winter, and she had caught pneumonia, her health exacerbated from suffering from bronchial asthma for years. The coroner believed that she had inadvertently overdosed on barbiturates to treat it and recorded a verdict of accidental death.

The Ellen Wilkinson Building was built at our University in the 1960s, and it is fitting that it houses the Manchester Institute of Education amongst other departments. A Blue Plaque marking her time at our University can also be found on campus.

Her name and those of 58 other women's suffrage supporters are etched on the plinth of the statue of Millicent Fawcett in Parliament Square, London that was unveiled in April 2018. Her trailblazing achievements opened up political careers for other women to follow.

Her arrival in the House of Commons in 1923 as an opposition MP was a breath of fresh air, with her vivid red hair and colourful clothing. A police officer once attempted to prevent Ellen from entering the House of Commons' smoking room because of her gender - Wilkinson responded: "I am not a lady - I am a Member of Parliament." (Source: Women of Westminster: the MPs who changed politics, Rachel Reeves).

Our University's archives of records and documents tell the story of our University's history and heritage. Some of these are available to view online through our digital collections.

'Red Ellen' Wilkinson - Her ideas, movements and world is published by Manchester University Press (MUP) and is available free of charge for our staff and students to read, thanks to our collaboration between our Library and MUP.