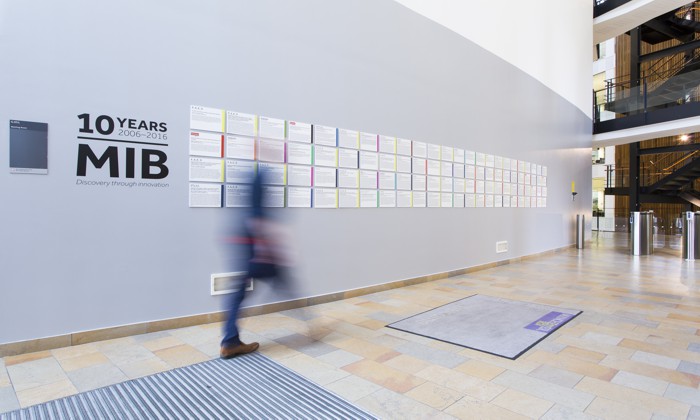 On Monday, 7 September at 4pm a celebration will be held to mark the award of a Queen’s Anniversary Prize for Higher and Further Education to the world-leading Manchester Institute of Biotechnology (MIB) at The University of Manchester.

The MIB has been recognised as a UK centre of excellence that is making a global impact - finding alternative and more sustainable fuels, medicines and advanced materials.

President and Vice-Chancellor Professor Dame Nancy Rothwell will be joined by civic and University leaders, funders and industry and academic partners, plus staff and students at this digital celebration. The event will acknowledge the world-class outputs of the MIB and the hard work of both its research and Professional Services staff to help make the Institute a centre of international excellence, a little more than a decade after its launch.

The online celebration will start at 4pm with a welcome and introduction from Professor Rothwell, who will be followed by:

The event will also include a Q&A panel session chaired by Professor Rothwell, and Edward Astle, Chair of the University’s Board of Governors, will deliver the closing remarks before the screening of a fast-cut and informative video showcasing the exciting research led by the MIB.

Alternatively you can watch the event on the day via livestream.

A recording of the event will also be available on StaffNet from Tuesday, 8 September.