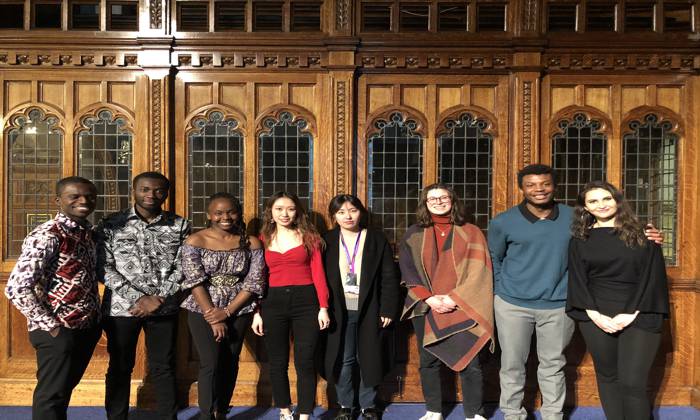 In March, the Students’ Union held their 2020 Student Executive Officer elections. The Students’ Union is led by eight, annually elected Officers, and the elections gave our students the opportunity to vote on their student representatives for 2020/21.

This month, the winning candidates will begin their new roles at the Students’ Union.

Continuing in his role as the General Secretary of the Students’ Union is Kwame Asamoah Kwarteng. This will be Kwame’s second year as a student leader, after successfully re-running for the position of General Secretary in this year’s elections.

The Officer team exists to represent students in various areas of University life and campaign for their rights and interests. Students can hold them to account by asking questions and making policy suggestions, online or at regular Senate meetings.