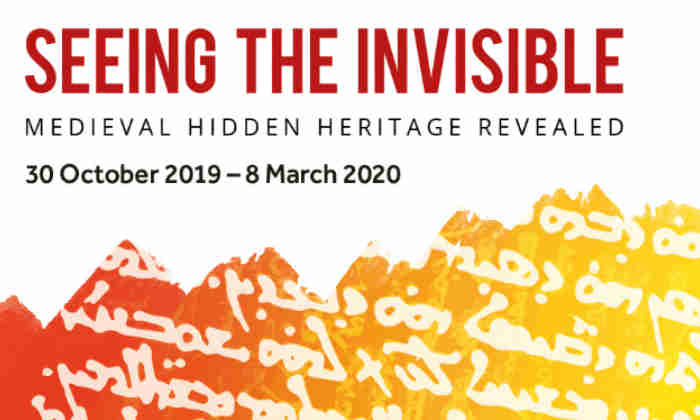 The Syriac Galen Palimpsest, a unique, ancient and globally important medical manuscript, will be publicly exhibited in the UK for the first time in Seeing the Invisible, the new exhibition at The John Rylands Library. The exhibition, which runs between 30 October 2019 and 8 March 2020, explores the legacy of the most influential community you may never have heard of - expert Syriac translators of the medieval Middle East.

Curated by Professor Peter E. Pormann and Dr Natalia Smelova in collaboration with The John Rylands Library, the exhibition is based on ground-breaking research resulting from the AHRC-funded project ‘The Syriac Galen Palimpsest: Galen's On Simple Drugs and the Recovery of Lost Texts through Sophisticated Imaging Techniques.’ The international team of scholars working on this project has revealed how medieval Syriac Christians in the Middle East shaped medical knowledge.

What’s in the exhibition?

Visitors can view the Syriac Galen Palimpsest and cutting edge multi-spectral images of its hidden undertext side by side. Other items on display trace the surprising roots of modern medicine, from mysterious occult books and talismanic objects through to medical textbooks from Renaissance Europe.

“Through this unique palimpsest and other fascinating objects, this exhibition at The John Rylands Library brings a forgotten culture back to life: the culture of Syriac-speaking Christians of the late antique and early medieval period. Their work was incredibly important to the development of medicine, philosophy and theology in the West but has often been overlooked. It’s fantastic to tell this important story to the people of Manchester and beyond.”

What is a palimpsest?

Around 900 years ago, Syriac creators erased some of their predecessors’ original writing, recycled the materials and overwrote the manuscript with a new text, creating a palimpsest – a multi-layered manuscript with a visible overtext and an undertext, mostly invisible to the naked eye.

As researchers using advanced imaging techniques began deciphering traces of the original undertext, they were able to identify the medical text hidden underneath the religious writings as an early translation of an important work by the ancient Greek thinker Galen of Pergamum. In this palimpsest, the Syriac translators created a link through which the great thinkers of the medieval Arabic speaking world could access the ancient wisdom of classical Greece.

Where can I find out more?

Visit the exhibition webpage to find out more and watch video interviews with curator Peter Pormann.