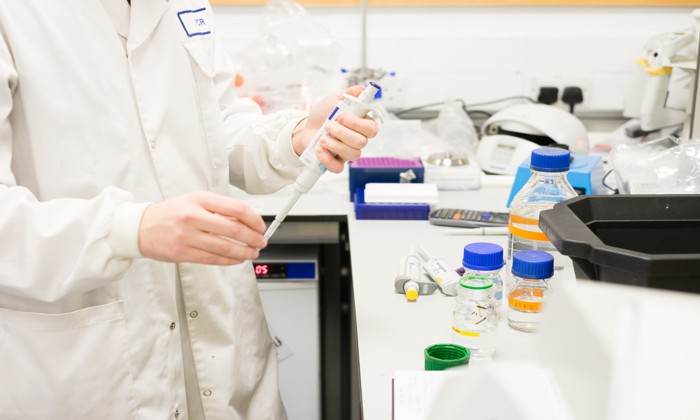 Cancer Research UK will invest up to £40 million over the next five years into the International Alliance for Cancer Early Detection (ACED).

ACED is a partnership between Cancer Research UK, Canary Center at Stanford University, the University of Cambridge, OHSU Knight Cancer Institute, UCL and The University of Manchester. Contributions from the Alliance’s US partners will take potential investment to more than £55 million.

By combining the ‘fire power’ of some of the leading research institutions in the world in early detection, ACED will accelerate breakthroughs, leading to quicker benefits for patients.

In Manchester the funding will support scientists and doctors to take forward new cancer screening projects in the city.

As part of the Alliance, researchers will continue to develop a range of ongoing community early detection projects – from lung health checks in car parks, to ‘pee in a pot’ tests for gynaecological cancers.

Other projects that will benefit from the Alliance are part of the Prevention and Early Detection research theme to drive early detection research from the lab to the clinic. These include work to deliver lung health checks for people who could be at risk of developing lung cancer in some of the city’s most deprived areas.

Another Manchester team is developing new biological models to identify how healthy breast tissue becomes cancerous. The hope is that this work could help to reduce overdiagnosis in people who are at low risk of developing breast cancer, by supporting scientists to better identify which changes identified in breast screenings could lead to cancer, and which won’t.

Professor Rob Bristow, a prostate cancer specialist and ACED co-director at our University, says the city is one of the best places in the world for early detection research because of its devolved healthcare system.

He said: “Manchester’s unique health system makes it easier and faster to involve patients in testing new cancer screening and early detection programmes, which could one day help us identify cancers before patients have symptoms.

“Our vision at Manchester is to make early detection a reality for all patients, giving them the best chance of surviving their cancer, or better yet, avoiding it altogether. The best way to do this is to focus the new targeted tests in high-risk populations.

“Additionally, cancer diagnoses must be made earlier as many patients suffer from multiple health conditions including diabetes and heart disease. If diagnosed at an earlier stage, you could improve cancer survival before other diseases limit treatment choice and the chance of cure.”

Michelle Mitchell, Cancer Research UK’s chief executive, said: “Now is the time to be ambitious and develop effective ways to detect cancer earlier. It’s an area of research where we have the potential to completely change the future of cancer treatment, turning it into a manageable and beatable disease for more people.

“Real progress in early detection can’t be achieved by a single organisation. Benefits for patients will only be realised if early cancer detection leaders from around the world come together. No more siloes, no more missed opportunities; let us tackle this problem together and beat cancer.”

Cancer is one of our University's research beacons - examples of pioneering discoveries, interdisciplinary collaboration and cross-sector partnerships that are tackling some of the biggest questions facing the planet. #ResearchBeacons