40 members of the University’s two chamber choirs perform at the Royal Albert Hall. 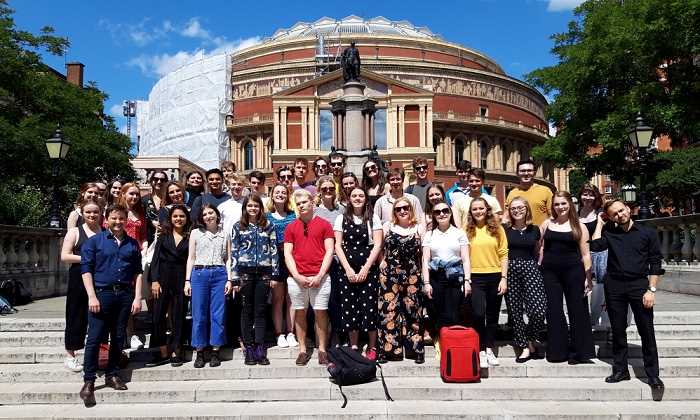 On the 29 July, Joseph Haydn’s The Creation returned to the Proms for the first time in a decade. Its performers included 40 students from the University of Manchester, who sang with the BBC Proms Youth Choir alongside the BBC Philharmonic.

The Creation is one of the great musical dramas. Written by Joseph Haydn between 1797 and 1798, the colourful oratorio depicts and celebrates the creation of the world as described in the Book of Genesis.

Its performance at the Royal Albert Hall represents the first time that students from the University of Manchester have been invited to sing in the BBC Proms Youth Choir. These 40 students are members of the University’s two chamber choirs, which are much-celebrated in their own right.

Conducted by Omer Meir Wellber, the massed orchestra and choir gave a wonderful performance of Haydn’s masterpiece, with The Guardian using the words “magical” and “magnificent” to describe the evening.

The Guardian went on to praise, in particular, the choir, which was largely made up of our students:

“The performance’s chief glory […] was the BBC Proms Youth Choir, whose singing blended enthusiasm and commitment with superb dynamic control and polyphonic clarity.”

This is a fantastic achievement for the students involved and for the University of Manchester.