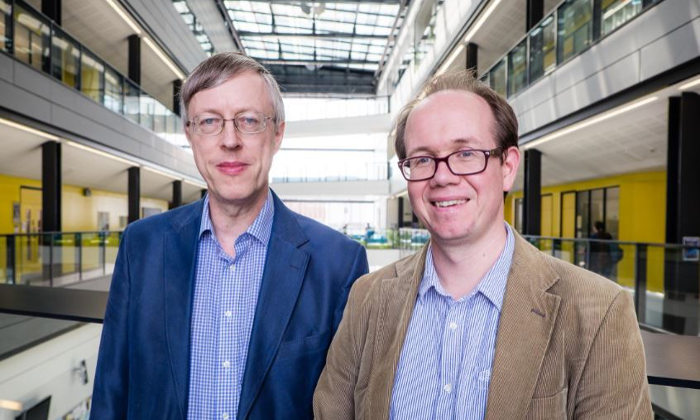 The School of Mathematics is delighted to announce that Professor Nicholas Higham and Professor William Parnell have both been presented awards by the London Mathematical Society (LMS).

Professor Nick Higham has been awarded a 'Naylor Prize and Lectureship' for his leadership in numerical linear algebra, numerical stability analysis, and communication of mathematics.

Professor William Parnell has been awarded a 'Whitehead Prize' for highly novel and extensive research contributions in the fields of acoustic and elastodynamic metamaterials and theoretical solid mechanics, as well as excellence in the promotion of mathematics in industry.

LMS is the UK’s learned society for mathematics and is responsible for several activities, including publishing 12 international peer-reviewed journals.

You can see a list of this year’s LMS prize winners here and the Society’s previous award winners here.