For the first time in Indo-UK history, two Museums located in cities deeply affected by colonialism, Amritsar and Manchester, have come together to re-examine the brutal massacre that eventually brought about the end of the British empire 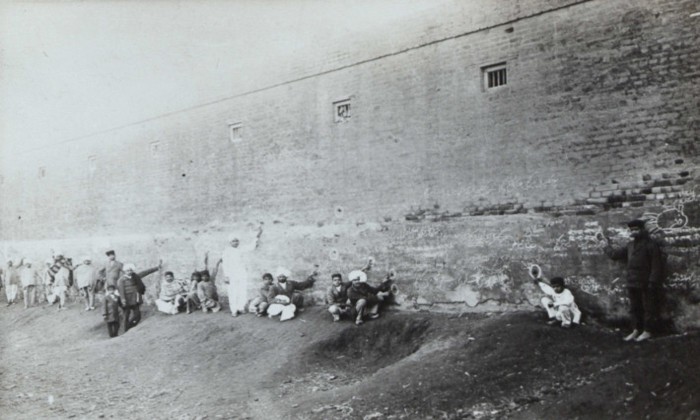 This is a collaboration between Manchester Museum and the Partition Museum (set up by The Arts and Cultural Heritage Trust), Amritsar, India. The co-curated exhibition ‘Jallianwala Bagh 1919: Punjab under Siege’ coincides with the centenary of the Jallianwala Bagh massacre in April 2019, and the bicentenary commemorations for the Peterloo massacre.

Revisiting the event, its causes and aftermath, the nuanced exhibition explores what we remember, how we remember it, and what we have forgotten, in India and the UK.  Jallianwala Bagh 1919: Punjab under Siege explores the causes for the unrest in the Punjab before, during and after the events which took place on 13 April 1919, when British troops opened fire on peaceful Indian protestors. Protestors had gathered to challenge British rule before they were set upon by Colonel Reginald Dyer and his troops. Confined within an enclosed barren groundcalled Jallianwala Bagh in the Indian city of Amritsar, hundreds of Indians were killed and thousands injured. This was a defining moment in the fight for Indian independence and led to the eventual demise of the British Empire in South Asia.  The exhibition will raise awareness of the peaceful protest and direct action, martial law, the divergent British and Indian inquiry findings, and the ongoing social, political, and cultural response.

Alongside the citywide Peterloo commemorations, Manchester Museum will take the lead on addressing the need for a Global South perspective on the use of violence by British forces against peaceful protestors and its legacy. Kishwar Desai’s book - Jallianwala Bagh, The Real Story - formed the basis of the exhibition; "There is no doubt that history belongs primarily to the victor, but only as long as we allow it. The truth cannot remain hidden for all time.”

The need for such alternative perspectives is also inspiring the creation of the South Asia Gallery at Manchester Museum, part of a £13.5 million transformation hello future, which is due to open in 2021. The gallery is a landmark partnership with the British Museum and co-curated with members of Manchester’s South Asian diaspora communities.

Based on two years of research and curation by the Partition Museum (supported by the Jallianwala Bagh Centenary Commemoration Committee, comprising of Indians and NRIs), Jallianwala Bagh 1919: Punjab under Siege includes archival and audio-visual material which tells the narrative of the massacre through eyewitness accounts, photographs and official documents. It also includes collections from the Manchester Museums Galleries Partnership, including Punjabi textiles from the Whitworth.

Lived experience will be at the heart of the exhibition and the Museum will work with descendants and communities to collect stories related to the Jallianwala Bagh massacre.

Image details: People in Jallianwala Bagh pointing at bullet marks on the wall surrounding the Bagh