School of Chemistry Professor, Igor Larrosa, places as a finalist of the Second Annual Blavatnik Awards for Young Scientists 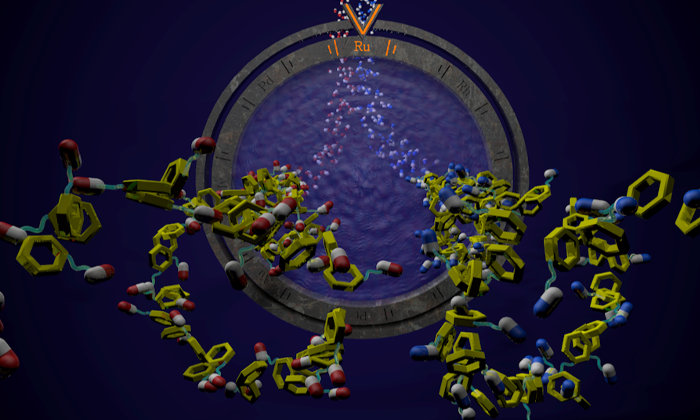 The Blavatnik Family Foundation and the New York Academy of Sciences announced the Laureates and Finalists of the 2019 Blavatnik Awards for Young Scientists in the United Kingdom. Professor Igor Larrosa, School of Chemistry, placed as a finalist in the Chemistry category receiving a fantastic prize of $30,000. The Blavatnik Awards are the largest unrestricted cash prizes available exclusively to young scientists and engineers in the UK under the age of 42.

Professor Larrosa placed as a finalist due to his world-leading work in a sub-field of organic chemistry called carbon-hydrogen (C-H) bond activation. This particular field is focused on finding ways to make these normally stable bonds reactive. Specifically, he has established new mechanistic insights into how C–H bonds can react with transition metals, and developed novel catalysts for the construction of molecules that previously were only accessible through multistep organic transformations.

Now in their second year in the UK, the 2019 Blavatnik Awards for Young Scientists received 83 nominations from 43 academic and research institutions across England, Northern Ireland, Scotland, and Wales. A distinguished jury of leading senior scientists and engineers from throughout the UK selected the Laureates and Finalists.

Professor Larrosa, along with the other UK Laurates and Finalists are making headlines across medical and tech communities for discoveries and innovation in projects ranging from cell biology to neuron function analysis, to new molecular optical methodologies, advances in cyber security and radical breakthroughs in fundamental physics.

Despite their young age, their research is already directly impacting human lives through technology and medicine and by helping to change our understanding of the world. To find out more about the awards, Laurates and Finalists please visit the Blavatnik Awards website.