The University has been awarded a Gold Watermark for the effectiveness of the ways in which it works to engage society with its activities in research, culture and teaching 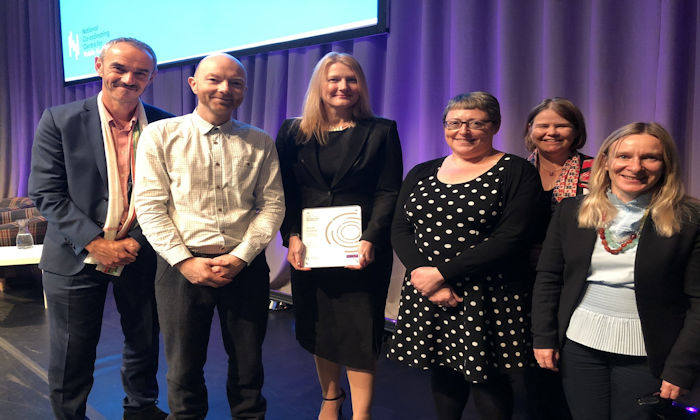 Winning a gold Engage Watermark is the highest honour that can be awarded to an institution and recognises ‘exceptional strategic leadership of public engagement; high standards of professional support; and excellence in partnership working’.

Awarded by the National Co-ordinating Centre for Public Engagement (NCCPE), the Engage Watermark has been launched as a charter mark for universities that assesses their support for public engagement across all aspects of their work. The Watermark was announced at the NCCPE Engage Conference in Edinburgh on 29 November.

The award followed a rigorous assessment involving staff from across the campus, and partner organisations working with them. The award recognises the strategic support for public engagement across the University, as well as plans to develop this work in the future.

At Manchester this includes a whole host of public facing events such as Science X – an event held annually at the intu Trafford Centre – and Bluedot Festival – a science and music festival at the world-famous Jodrell Bank.

The University also actively encourages staff to involve the public in research: including in ageing (see case study below), mental health and The Britain Breathing citizen science project.

Professor Dame Nancy Rothwell, President and Vice-Chancellor, said: “I am delighted we have been awarded a Gold Watermark for our work on public engagement, which is a key part of our social responsibility agenda. This recognises the excellent track record we have for delivering and supporting public engagement and our ambitious plans to embed this work further.”

Paul Manners, Director of the NCCPE said ”Since the early days of the NCCPE we have been championing a culture in higher education where public engagement can thrive. The Engage Watermark offers a benchmarking opportunity for institutions to evidence their commitment and achievements – combined with intelligence gathering to inform their future planning.

An example case study of our work: Older people as co-researchers: developing age-friendly communities in Manchester