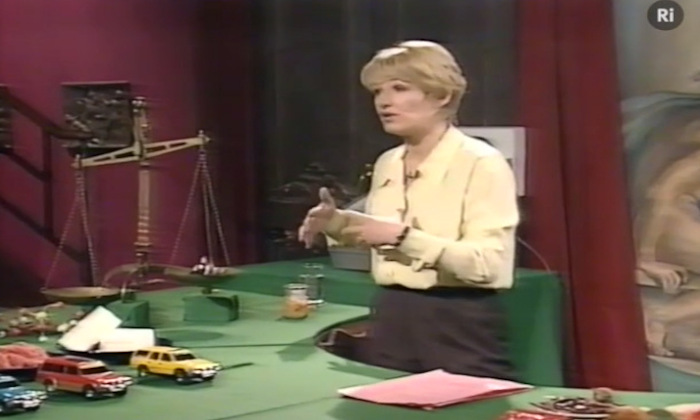 Begun by Michael Faraday in 1825, the Royal Institution Christmas Lectures are now broadcast on UK television every December and have formed part of the British Christmas tradition for generations.

The Lectures have taken place every year since they began, stopping only from 1939 to 1942, when it was too dangerous for children to come into central London. The theme changes every year, and they are delivered by an expert in their field.

The theme of Professor Nancy Rothwell's Lectures in 1998 was 'Staying Alive: The Body in Balance'. In an interview with The Biologist, she described it as: "One of the toughest things I have ever done, but also one of the most rewarding and enjoyable."  With no autocue or technical expertise that we take for granted in present-day broadcast television, there was also the added pressure of filming for a BBC2 documentary on the making of the Christmas Lectures.

Digital technology has moved on rapidly in the intervening years, and as well as being broadcast on television, the Lectures, past and present, are available afterwards to watch on the Royal Institution's website, anywhere in the world. The Institution issued an appeal earlier this week for the public to help find the 'missing' Lectures - including Sir David Attenborough's first episode in 1973.

Prof Rothwell remembers the huge support she received from the many scientists who gave their time and materials, and the joy of working with the BBC team.  She adds: "I have a picture with a young girl who was in the audience. Many years later, her mother sent me a photograph of her graduating from The University of Manchester with a first-class degree in chemical engineering with the note: "You were my inspiration". What better reward?"

Image courtesy of the Royal Institution