For the sixth year running the University marked Transgender Day of Remembrance (TDOR) to honour those who have lost their lives to transphobia in the last 12 months. 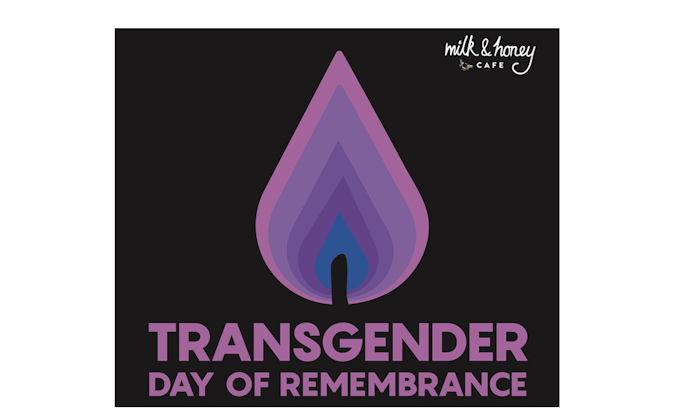 This collaborative event between The University of Manchester, Manchester Metropolitan University and St Peter’s House saw over 50 people gather to remember the trans community.

The event, which was opened by the Head of Equality, Diversity and Inclusion, Patrick Johnson started with five accounts from trans people and our LGBT allies.  The audience learned of the journey (sometimes positive and sometimes negative) of trans people and also heard an account of a recently killed trans woman from the USA.  An act of remembrance took place where all 369 names of those killed because of their gender identity or trans status was displayed for people to read.  The audience also added to the 369 candles which were lit to commemorate their deaths.

People were also given the opportunity to write on the TDOR wall (anonymously) where they could express their hopes for the trans community in the coming year.

Whilst TDOR has passed, there are many ways for you to be involved throughout the year to support our staff and students who identify as trans.

We have University guidance, a short video on barriers faced by trans colleagues and a half day training session entitled Transfer: a Journey.

Members of staff can even become a trans Ally through our ALLOUT Allies Scheme.

2018 is more important than ever for us to show we are a supportive place to work study or visit for the trans community.  We recently supported Stonewall’s campaign #ComeOutForTransEquality.  We have worked hard over the years to create an inclusive environment and have tried to go beyond the minimum with innovative campaigns, updated guidance and recognition of our trans staff and students.  This work was recognised in January by Stonewall when we were included in the Top 10 Trans Employers in the UK listings.

"We acknowledge that recent consultation on the Gender Recognition Act and closer to home the increased acts of transphobia by Trans Exclusionary Radical Feminist (TERF) have presented additional challenges to our trans community.  But we hope that by hosting events such as this in conjunction with other organisations and allies, that we will continue to be at the forefront of trans inclusivity within our sector," - Patrick Johnson, Head of Equality, Diversity and Inclusion.