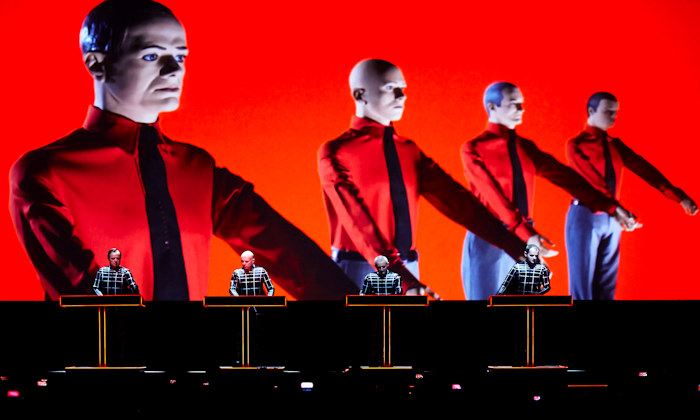 Kraftwerk have been revealed as the first headliner for bluedot 2019, the fourth instalment of the award-winning music, science and culture event at Jodrell Bank Observatory.

Weekend and day tickets will be available from Friday 23 November at 10am, from discoverthebluedot.com

In 2014 Ralf Hütter and his former partner were honoured with the Grammy Lifetime Achievement Award and in January of this year Kraftwerk won a Grammy (best dance/electronic album) for "3-D The Catalogue" - a high-tech recreation of their back albums and the soundtrack to the live show they will be bringing to bluedot in July.

bluedot 2019 is the fourth instalment of the groundbreaking event which has seen headline performances from the likes of The Chemical Brothers, Pixies, The Flaming Lips, Underworld and Jean-Michel Jarre, plus high-profile talks with Brian Cox, Richard Dawkins, Alice Roberts Dallas Campbell.

The first wave of bluedot 2019 artists will be revealed in January 2019.