Nominate a Manchester scientist to feature on the new £50 note 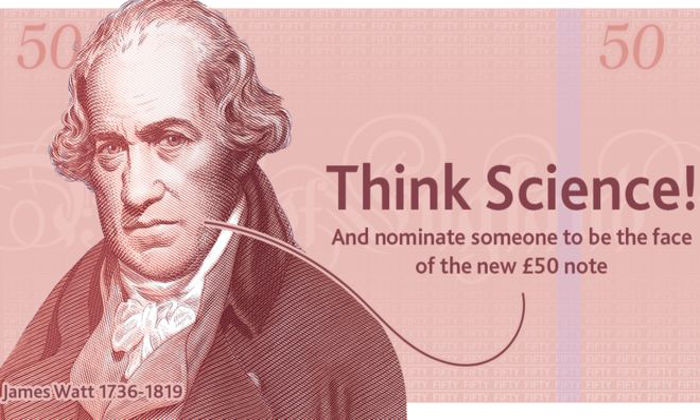 The Bank of England has announced that the new £50 note will feature a prominent British Scientist, with the public being asked for nominations.

In addition to the Queen, the note will include the portrait of an eminent late scientist from fields such as biology, astronomy and medical research.

With such a fantastic pool of brilliant scientists in the history of The University of Manchester there a plenty of options for nominations from one of our heritage heroes, including front-runner Alan Turing.

The Bank's governor, Mark Carney, made the announcement at the Science Museum in London.

"There is a wealth of individuals whose work has shaped how we think about the world and who continue to inspire people today," he said.

"Our banknotes are an opportunity to celebrate the diversity of UK society and highlight the contributions of its greatest citizens."

You can nominate a scientist you think deserves to be on the new £50 note online between now and 14 December.