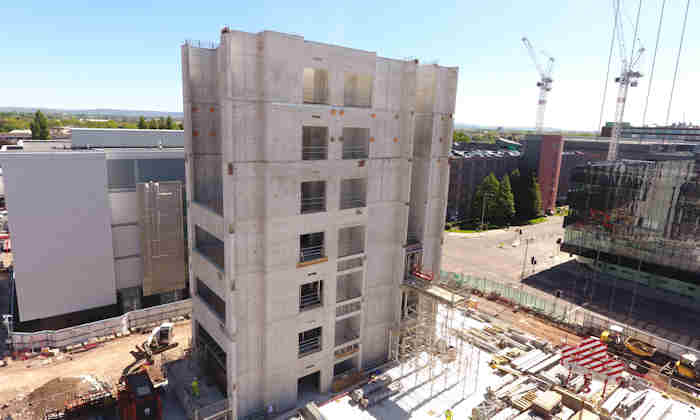 One of the largest construction projects undertaken by a higher education institution in the UK, MECD will be the new home to a number of world-class research facilities. It will foster a range of engineering expertise in one community.

Now in June 2018 the site, which was previously home to the Grosvenor Halls of Residence, has transformed significantly.

Throughout the development the University has been recording the transformation through a live webcam which captures the progress made on the site. The University has collated this footage into a time-lapse video which shows the journey MECD has been on thus far. The video is available below and the webcam will continue to capture the fantastic achievement of building the University’s new campus all the way up to its completion in 2021.

With the site continuously evolving, the site contractors Balfour Beatty, have also been recording the transformation via drone footage. The footage below shows the site in October 2017 and March 2018. The aerial view provided by the drone gives a new perspective on the site, allowing you to see the progress that has been made in just five months.

Balfour Beatty will be providing the footage on a regular basis so be sure to check back for new videos as the construction work develops.