Patrick Hackett will formally take up the role of Registrar, Secretary and Chief Operating Officer on 1 October 2018, following the retirement of Will Spinks 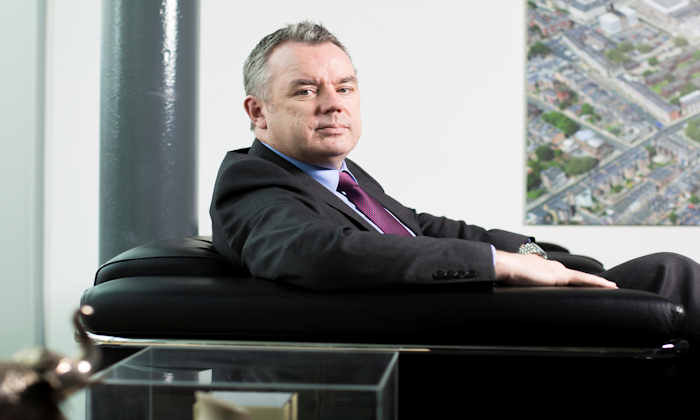 Patrick has considerable experience of leading large professional service teams in higher education having worked at The University of Liverpool since 2005.  He is currently the University’s Deputy Vice-Chancellor,  a position he took up in August 2013, having formerly been Chief Operating Officer since November 2008.  Prior to that he held the position of Director of Facilities Management.

He will join The University of Manchester on 1 September 2018 before formally taking up his new role.

During his time at The University of Liverpool, Patrick has contributed to the development of a new institutional strategy, led the establishment of a unitary Professional Services organisation and has overseen the implementation of a significant number of successful international and commercial ventures, including a second campus in China, a transnational education college and an online learning partnership.

An architect by profession, Patrick has a BArch from University College Dublin and has previously held senior leadership positions at The University of Reading and Royal Holloway, University of London.  He has also been a consultant, advising higher education institutions across the UK on facilities management organisation and development and the delivery of major capital projects. Patrick was a non-Executive Director of Aintree University Hospital NHS trust for six years until the end of March 2015.

Commenting on the appointment, Edward Astle, Chair of the Board and Governors, said: “Importantly at a time when the whole sector is under scrutiny, Patrick brings significant experience of university governance, thus ensuring that the Board will continue to have the same expert support that Will has provided.”

President and Vice-Chancellor, Professor Dame Nancy Rothwell, commented: “Patrick has enormous experience and a track record of success through his experience at Liverpool, Reading and Royal Holloway. Alongside these achievements, he has a real passion for universities, so I am very pleased that he has agreed to join our team here at Manchester.”

Commenting on his appointment, Patrick said: “I am delighted to be joining The University of Manchester. I have already discovered a strong sense of identity and ambition in those colleagues I have met.

"There is a powerful commitment to world class research, the highest quality student experience and to social, economic and cultural impact at Manchester and I am looking forward to joining the team and contributing to achieving our vision to be a leading global institution.”