Cancer and geology experts elected Fellows of the Royal Society 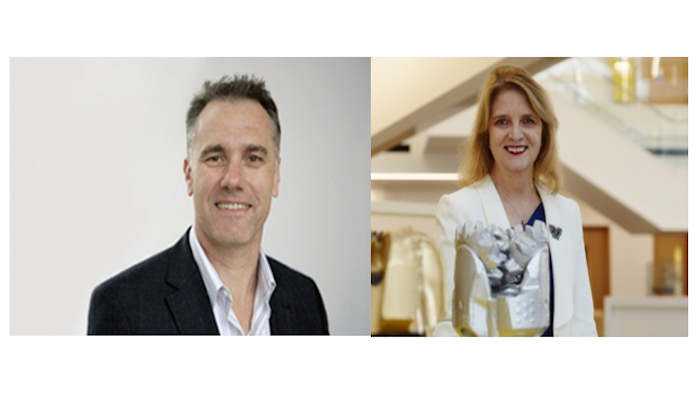 The Royal Society has granted two prestigious fellowships to Professor Richard Marais, Director of the Cancer Research UK Manchester Institute, and alumna Dr Dame Angela Strank, who is a member of the University's Board of Governors.

Professor Richard Marais has spent much of his research career focusing on on cell signalling in melanoma, for which he has won numerous awards and accolades.  Richard became Director of the CRUK Manchester Institute in February 2012 where he also continues to head his Molecular Oncology Group.  The world-class research carried out at the Institute drives and facilitates the development of translational and clinical research, leading to practice-changing developments for cancer patients. Working with other scientists and clinicians in Manchester, nationally, and internationally achieves the Institute's mission to improve patient care by implementing personalised medicine for a range of cancers.

Dr Dame Angela Strank joined BP in 1982 as a geologist in exploration and production, and has since occupied various roles. In 2013 she was appointed to the role of Vice President, Head of Group Chief Executive’s Office, providing support for the CEO Bob Dudley in all aspects of managing BP, progressing to Chief Scientist a year later.  In 2017 Angela was awarded a DBE in Her Majesty the Queen’s Birthday Honours List for her services to the oil and gas industry and for encouraging women into science, technology, engineering and mathematics (STEM) careers. Angela is an alumna of the University, where she gained her doctorate and BSc in Geology, and in 2013 she joined the Board of Governors.

Fellowships are given to distinguished scientists by the Royal Society in recognition of "contributions to science, both in fundamental research resulting in greater understanding, and also in leading and directing scientific and technological progress in industry and research establishments."