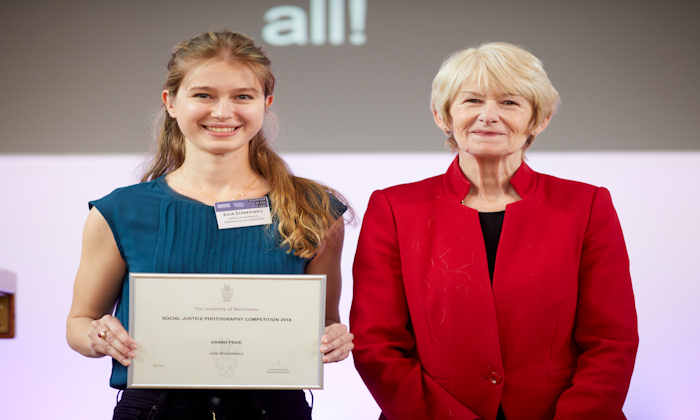 The Social Justice Photography competition enabled undergraduate students to highlight an issue of social justice that matters to them by submitting a photo and a caption.

Five short-listed photos went to a public vote. The photos were viewed over 12,000 times on Instagram, Facebook and at an exhibition on campus with nearly 3,000 votes being cast.

The Grand Prize of £400 was awarded to Julia Stankiewicz from the School of Mechanical, Aerospace and Civil Engineering for her photo ‘Invisible.’

View the photos and their captions.