Male and female teams played on Monday, 30 April after the matches were postponed from earlier in the year due to March's poor weather 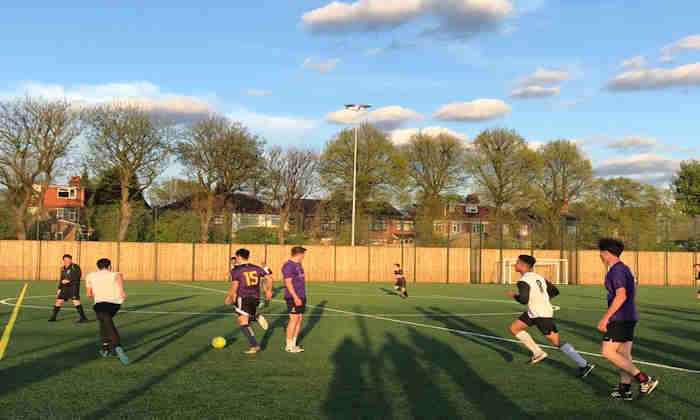 There was no sign of the Beast From The East as the teams played in warm spring sunshine on Monday evening at the Armitage Centre in Fallowfield.

Staff and students from across the University took part in charity football matches in aid of University Mental Health Day 2018 and Student Minds – the UK’s student mental health charity.

The matches saw teams of male and female staff taking on the established UoM student counterpart football teams. The female staff team drew 0-0 and then sadly lost the ensuing penalty shootout. The male team lost 4-0 but the score line doesn’t reflect the tough game that they gave the students until the final few minutes!

Event organiser Paul Gratrick said: "Thank you to colleagues and students from across the University who help set up, promote and carry out the matches."

If you would like to contribute, the donation page for the event will remain open until the end of May: