We are deeply saddened to announce the death of Professor Sir John Sulston, founding director of the Wellcome Sanger Institute and chairman of the University's Institute for Science, Ethics and Innovation 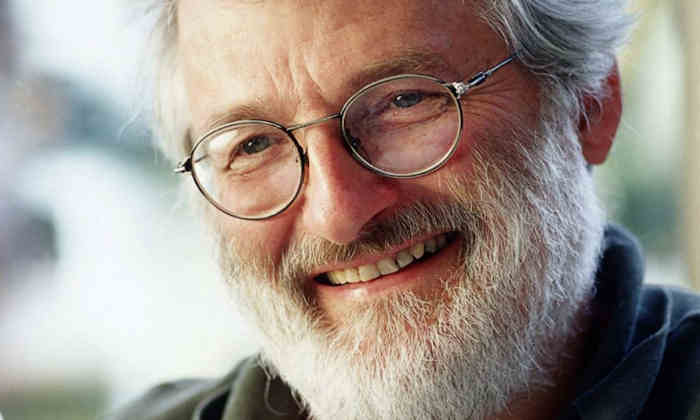 Professor Sir John Sulston founded and directed the Sanger Institute, then Sanger Centre, from 1992 to 2000, leading a historic period of genetic discovery. He led the UK’s contribution to the draft Human Genome, a monumental effort that laid the foundations for the research that is transforming healthcare and understanding of disease today.

In 2002, Sir John was awarded the Nobel Prize in Physiology or Medicine for his contribution to the understanding of how genes control cell division and cell death in an organism.

In 2017, Sir John was made a Companion of Honour by the Queen in her birthday honours for his major contribution to science and society.

Professor Sir Mike Stratton, director of the Wellcome Sanger Institute, said: “We all feel the loss today of a great scientific visionary and leader who made historic, landmark contributions to knowledge of the living world, and established a mission and agenda that defines 21st century science.”

President and Vice-Chancellor Professor Dame Nancy Rothwell said: "John was not only a great scientist but also a great human being.  While he was working at the University over the last ten years, he donated a large part of his salary to support young researchers and he always chose the cheapest transport routes in order to use the money for his research.

"We will all miss him as a scientist but also for what he did beyond his great discoveries and because he was just such a lovely person."

"John set a personal example of ethics in action. His vision, that the fruits science should be at the service of humankind, freely shared and available in the public domain, inspired all who were privileged to know him."

Sir John was born on 17 March 1942. From an early age, he was fascinated with the mechanical workings of organisms and went on to complete his undergraduate degree in organic chemistry at Pembroke College, Cambridge in 1963. He then went on to join the Department of Chemistry at the University of Cambridge, where he carried out a PhD on nucleotide chemistry.

At the time of his death, Sir John was Professor and Chairman of the Institute of Science, Ethics and Innovation at the University, where he researched the relationship between scientists and society, a subject he was passionate about.