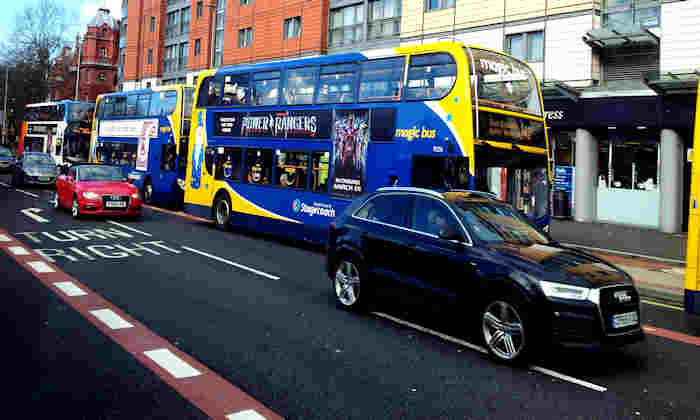 Since its introduction in December 2016, the Bus Gate on Oxford Road has proved to be very successful with a high compliance level. Bus Gates were introduced in Manchester to help improve public transport, delivering improved journey times and more convenience for passengers.

Staff, students and other visitors are advised to follow the signs and alternative routes which are in place.

Buses are the most widely used form of public transport across the city and can move efficiently and more quickly along Oxford Road, one of Europe's busiest bus routes.

Through the introduction of the Bus Gates, Manchester City Council has helped to create an improved, safer, cleaner environment for people walking, cycling and travelling into the city centre.

Monitoring and enforcement of bus gates is carried out by Manchester City Council, not TfGM.

Any queries about fines or their operation should be directed to: