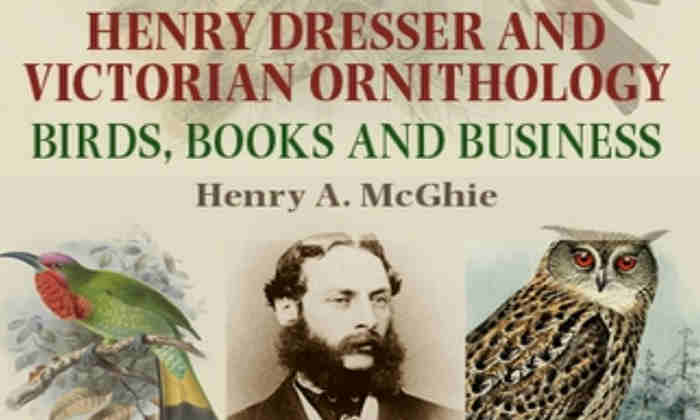 A launch will be held at The John Rylands Library on 30 November at 6pm. Henry A. McGhie will give a short talk about Henry Dresser, explaining more about his research and how he put his book together.

Guests will also have the unique opportunity to view some of the rare publications written by Henry Dresser, usually not on display to the public. Everyone is welcome to attend this drop-in event.

Henry Dresser and Victorian Ornithology: Birds, Books and Business (published by Manchester University Press) explores the life of Henry Dresser (1838-1915), one of the most productive British ornithologists of the mid-late nineteenth and early twentieth centuries, and is largely based on previously unpublished archival material.

Dresser travelled widely and spent time in Texas during the American Civil War. He built enormous collections of skins and eggs of birds from Europe, North America and Asia, which formed the basis of over 100 publications, including some of the finest bird books of the late nineteenth century.

Dresser was a leading figure in scientific society and in the early bird conservation movement; his correspondence and diaries reveal the inner workings, motivations, personal relationships and rivalries that existed among the leading ornithologists.  His collections are now held by Manchester Museum and The John Rylands Library.