Andy Burnham awarded for his leadership after Manchester terror attack 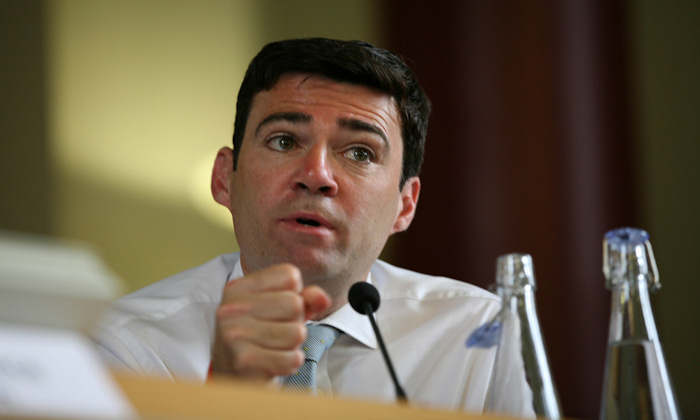 The award, granted to an individual who has made a significant contribution to society, was given to the Mayor of Greater Manchester before he gave this year’s Doubleday lecture earlier today (18 October).

The Mayor was praised for his work in the aftermath of the attack, which happened on 22 May this year.  23 people were killed and 250 injured when a a shrapnel-laden bomb was detonated as people were leaving Manchester Arena following a concert by the American singer Ariana Grande.

The Mayor talked about the attack and some of the work going on to tackle extremism. He also shared his reflections on how devolution can bring communities together and change how people interact with politics.

The Doubleday Fund was established by Edwin's family in memory of their son Edwin. Edwin Doubleday was tragically killed just before his finals in an accident in 2000 but was conferred his Clinical and Surgical Degrees posthumously. He was the son of sculptor John Doubleday.

The focus of the Fund's effort is medical education. It supports the Doubleday Centre for Patient Experience, the first establishment to involve patients and the public in the training of doctors.

The Centre allows students to work with and be assessed by patients and carers in order to better understand their needs and feelings, enhancing the treatment they deliver.

Burnham was presented with the award by John Doubleday.

Director of the Doubleday Centre for Patient Experience Dr Robina Shah said: “Andy Burnham showed great leadership for our community in the wake of the tragic events at the Manchester Arena and subsequently.

“His support for the victims, the families, the emergency services, and local people who did so much to help those affected is praiseworthy, and we are delighted to be able to recognise his important contribution by giving him this award.”