Honour for Climate Control exhibition, developed as part of Manchester’s time as European City of Science 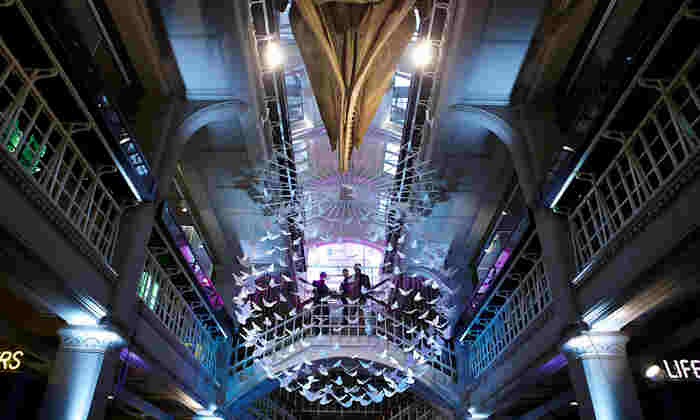 Manchester Museum has won The Climate smART Award for its exhibition Climate Control.

The Climate smART Award is the first cultural initiative of SUNx – Strong Universal Network, which exists to actively encourage the travel and tourism sector to play a leading role in response to eXistential Climate Change.

Climate Control was developed as part of Manchester’s time as European City of Science. The exhibition and events programme aimed to connect people with climate change as it is a tremendous challenge that goes far beyond the scientific, but into the social, economic, and social justice spheres.

It took place in two main areas: a specially designed exhibition in our special exhibitions space, that had as its starting point ‘we can’t change our past but we can change our future’.

The exhibition took inspiration from the Chinese Yin and Yang symbol. It had two entrances- ‘explore the past’ took the visitor into an all-black room which linked coal and fossil fuels with industrialisation and impacts on Arctic wildlife and worldwide. The other entrance took visitors into an all-white room, ‘explore the future’, where people shared their ideas and concerns around climate change, and solutions for a more sustainable future.