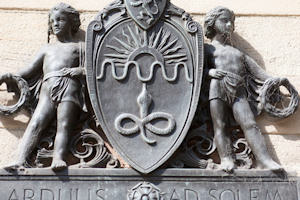 Helen Beebee, Samuel Hall Professor of Philosophy, has become the 110th President of the Aristotelian Society.

The Society was formed in 1880 and since its foundation has provided, and continues to provide, a welcoming forum for philosophers and non-philosophers alike to listen to high quality talks and to engage in philosophical discussion.

Helen said: “It’s a real honour to follow in the footsteps of so many illustrious forebears and serve as President of the Aristotelian Society. My Presidential Address, at the University of London’s Senate House, considered the question of whether philosophers can reasonably aim at knowledge. My answer — rather controversially! — was ‘no’.”