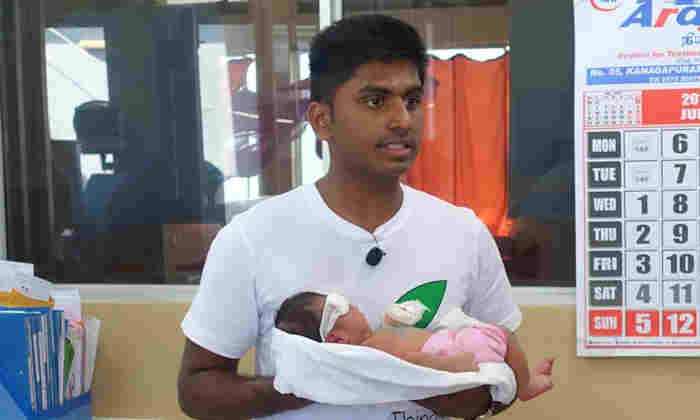 A University student has been honoured by the Prime Minster for setting up his own charity which delivers life-saving medical equipment to developing nations.

As well as pursuing a demanding full-time medical degree, 24-year-old Rathaven Gunaratnarajah has also been running his charity, The Little Things, after a spell volunteering in a hospital in Tanzania opened his eyes to the difficulties doctors have to face in other countries.

His work setting up the charity and fundraising has now been recognised by the Prime Minister, Theresa May who has named him as the UK’s 787th Point of Light, an award given to people who do outstanding volunteering work.

Since setting up The Little Things in 2013, Rathaven has overseen the completion of three healthcare projects, using approximately £95,000 raised by student volunteers from across the UK who take part in events such as skydiving, mountain treks and bucket collections. The charity is now also raising money through corporate grants, support from schools and the local community.

Rathaven is assisted by a team of student volunteers, who dedicate their time and effort to ensuring the success of the charity, and Rathaven claims that these volunteers are the true unsung heroes of The Little Things.

The first project was finished in July 2015, when he returned to the eye clinic he’d originally volunteered at in Arusha, Tanzania. Surgical and diagnostic equipment was installed and within days, patients who had been blind for years were brought in for surgery that restored their sight. All of this was done with the input of the staff at the clinic who recommended the equipment that would make the most impact.

Since then he has branched out to other countries, equipping a premature baby clinic in Kilinochchi and providing vital medical equipment such as operating tables, patient monitors and defibrillators for two hospitals, all in Sri Lanka.

He is now raising £50,000 to support Tamakoshi Co-operative Hospital, Manthali, in Nepal.

Rathaven said: “I am tremendously delighted and sincerely grateful to the Prime Minister for honouring me with a Points of Light award. It truly is inspiring and empowering to see The Little Things being recognised, and I would like to clarify that this award is not just in recognition of my efforts, but also in recognition of all the members that have contributed their time and effort voluntarily to support the charity since its inception.”

In a personal letter to Rathaven, Prime Minister Theresa May said: “Your work with The Little Things is improving access to vital medical equipment for thousands of people and is making a real difference in communities around the world. Your commitment is highly commendable, and you should be proud of how you have inspired others to volunteer for the cause.”

To find out more about The Little Things, visit: