Bigger than the Higgs boson?

Or the physicist, the rabbi and the quest to understand the universe... 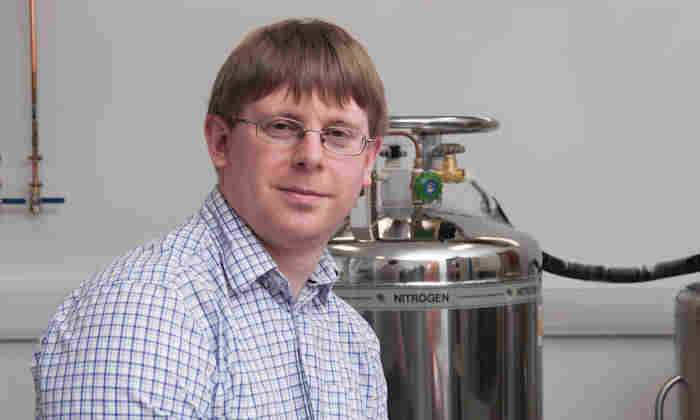 Dr Justin Evans and a band of fellow particle physicists are leading an international quest into the unknown to help find a ghostlike neutrino particle – its discovery promising to be even bigger than locating the Higgs boson.

Tuning into his favourite breakfast radio programme one morning, Manchester physicist Dr Justin Evans was astounded to hear his highly specialised research to help unravel the mysteries of the cosmos being shared with millions of listeners by a leading philosophical thinker.

Religious philosopher and scholar Rabbi Lord Jonathan Sacks was highlighting the “wonder” and importance of understanding the role of the neutrino in the evolution of the universe.

“Then I thought, ‘this is fantastic’. It seemed to me Rabbi Sacks was saying we can more fully appreciate the wonders of the universe through scientific understanding.  It’s wonderful when someone completely outside your field starts to talk about your work and helps to put it into context for both you and a wider audience.”

Neutrinos are believed to have played a critical role in shaping the universe immediately following the Big Bang. The experimental work of Dr Evans’s team involves firing a beam of neutrinos 735 km between labs in Chicago and Minnesota, as well studying neutrino activity at a nuclear power plant in the Guangdong province of China.

He says the subatomic neutrino attracts such special attention because compared to other particles in the standard model of cosmology – including the Higgs boson, the so-called ‘God particle’ that helps provide mass to all other matter – they are so “weird” and anomalous.

“In science we look for patterns. When something falls outside of a pattern, like the neutrino does, then that is telling you something,” he explains. “It suggests that anomaly is worth exploring to discover why it is so different.”

Dr Evans is confident that the research he’s involved with will lead to discoveries that will be recognised as a landmark scientific achievement. “Finding a sterile neutrino would be an even bigger discovery than finding the Higgs boson,” he believes.

“The Higgs boson was a prediction of the standard model of particle physics – a system that attempts to describe the basic particles that make up matter and the interactions between them.

Therefore its discovery, although momentous, wasn’t a surprise. However, the sterile neutrino we’re looking for would be physics beyond the standard model.

“It would open the door to solving some of the biggest puzzles in cosmology and particle physics.”

To hear Rabbi Lord Jonathan Sacks talk about the “wonder” of Manchester’s work on the sterile neutrino, visit:

You can read the University’s news story at: