5-7 July at the Martin Harris Centre. 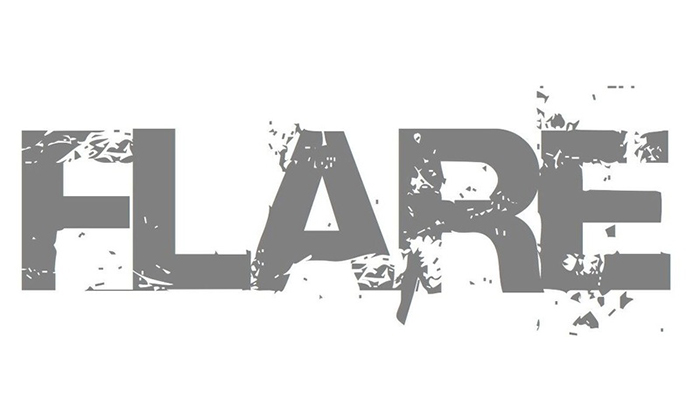 Flare International Festival of New Theatre returns to the Martin Harris Centre as part of FLARE17.

Following the success of FLARE15, we host Future Flares, showcasing new work from students and work-in-progress from more established companies.

A work of ART by Dead Pig

An image-based performance - a living breathing art work - trapped for eternity between process and product, exploring the vacant concept of originality.

A solo performance delivering three different stories about ‘us and them’, about chemical reactions that happen in the body, about pigmentation defining your worth, about having the right type of blood...

Katie and Pip by Tin Can People

Katie & Pip celebrates the relationship between Katie, a 15 year old girl with type 1 diabetes, and ‘Pip’ her 5 year old border collie, trained by Katie to save her life on a daily basis. It is made with dramaturgical support from Andy Smith.

Boys will be Girls and Girls will be Boys is a new performance piece, drawing on an earlier project, by 7 students from the KASK School of Arts in Gent, Belgium, under the direction of Mole Wetherell, the Artistic Director of Reckless Sleepers.

Rise to Vertex by Stitch Theatre

In homage to the mythologist Joseph Campbell, Rise to Vertex playfully explores the composition of the hero’s journey, and how this repeating, archetypal narrative is traced by the heroes of myth, religion, modern pop culture and our everyday lives.

In Rise to Vertex, two performers take on the role of the hero with energy, charisma and unflinching dedication. Together they dress as the hero and share in victory, failure and sacrifice.

Tickets are priced at £6 / £4 per performance and are available from: