Day tickets are now on sale, priced £59 per person, for the festival at Jodrell Bank from 7 until 9 July 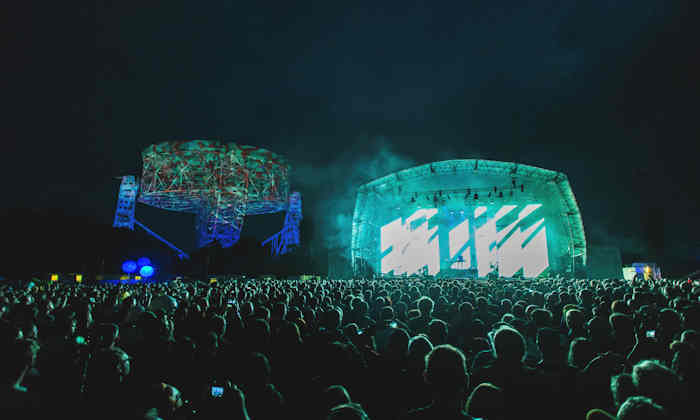 More acts have been confirmed, with singer-songwriter and producer, Astronomyy is a welcome addition to the festival. Known for his atmospheric chillwave and R&B-influenced indie electronic pop his performance is definitely not to be missed.

London due, Ten Fé have also been added to the bill on Sunday, to deliver a set of indie pop and lively guitar that spans across genres and styles.

The new acts join headliners Orbital, Pixies and Alt J, along with other internationally renowned acts including Soulwax, Ezra Furman and The Boyfriends, Warpaint, Andrew Weatherall, Goldfrapp, Vitalic, Hawkwind, Mr Scruff and many, many more.

bluedot is a three-day festival of discovery that fuses a complex mix of artists, speakers, scientists and performers into an event unlike any on earth.

As well as an incredible live and electronic programme, In the hands-on Star Field and Planet Field, festival-goers will be able to take part in live experiments and science discussions on topics ranging from the brain to bees, glaciers to the galaxy’s magnetic field.  More details, including some amazing exhibitions and a family programme designed for all ages, will be announced in the coming weeks.