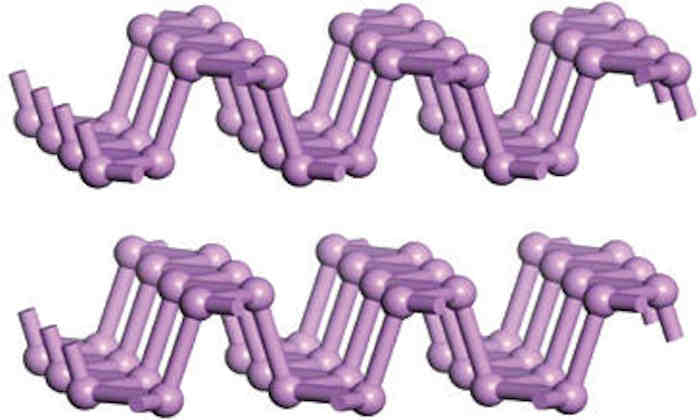 Black phosphorous - a layered material, somewhat similar to graphite – has generated much excitement among scientists and engineers because of its many interesting and useful electronic and optical properties.

Combining graphene and other new 2D materials such as phosphorene, which individually have excellent characteristics complimentary to the extraordinary properties of graphene, has resulted in exciting scientific developments and could produce applications as yet beyond our imagination.

Using phosphorene, a Manchester team led by Professor Irina Grigorieva clearly shows that atomically thin materials can be true superconductors as long as enough electrons are pumped into the layers.

Prof Irina Grigorieva said: “Nothing like this was known before. This new understanding is important for developing atomically thin materials towards applications in electronics and quantum technologies.”

Renyan Zhang, a PhD student who led the experimental effort, said: “Phosphorene and its parent material, black phosphorus, are in many respects similar to graphene and graphite, so we expected that each electron-donating metal will produce a different superconductor, as is the case with graphene and graphite. But to our great surprise all metal donors produced exactly the same superconducting material, with identical properties.”