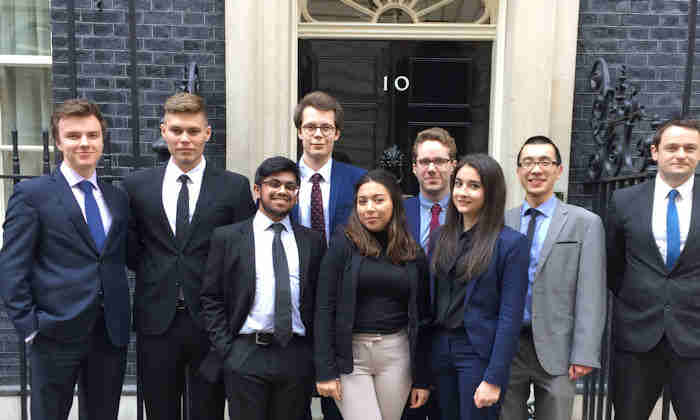 Students from across the University were eligible to apply for the competition which took place in March, and after a review of all the submissions 25 students were selected to take part – forming five teams of five students.

Government Executive Director for Communications Alex Aiken was the head judge on the panel along with Head of Politics Francesca Gains and two current Manchester students.

On the competition day students were given two hours to prepare a five minute pitch to the judging panel on the topic of ‘how to increase UK voter turnout across all demographics’.

After much deliberation the judges decided to award a winning and runner-up team, with the prize being a visit to the Cabinet Office and No.10 Downing Street. The students were able to attend several meetings with senior Civil Servants from across Government departments.

Careers Manager Paul Gratrick accompanied the students and he said: "The day spent in Whitehall was a fantastic opportunity for students to get ‘Behind the Black Door’ and to learn how government communications and marketing works."