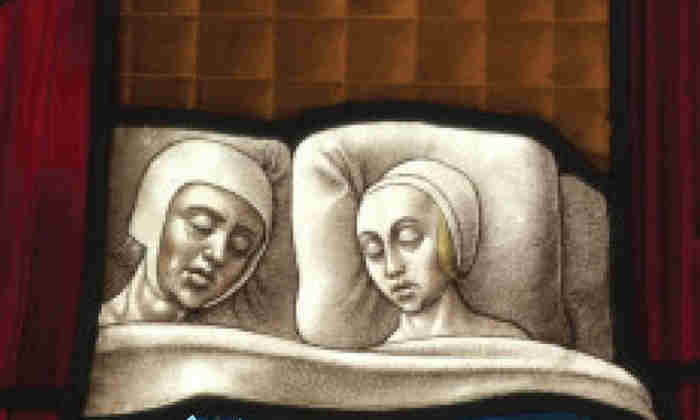 Sleep in Early Modern England, by Manchester history lecturer Sasha Handley, is one of six shortlisted titles for the Wolfson History Prize 2017. This is the first time that the prize has issued a shortlist in its 45-year history.

First established in 1972, Britain’s foremost history prize promotes and encourages standards of excellence in the writing of readable and scholarly history suitable for a general audience.

Previous winners of this prestigious award have included Mary Beard (for Pompeii: The Life of a Roman Town), Simon Schama (for Patriots and Liberators: Revolution in the Netherlands, 1780-1813), Antony Beevor (for Stalingrad) and Ian Kershaw (for Hitler 1936-1945: Nemesis).

The Judges for the Wolfson History Prize 2017 are Sir David Cannadine, Sir Richard Evans, Professor Julia Smith and Sir Diarmaid MacCulloch. The overall winner will be revealed at a reception at Claridge’s on Monday, 15 May, and will receive a prize of £40,000.

Sleep in Early Modern England is a riveting look at how the Early Modern world revolutionised sleep and its relation to body, mind, soul, and society. Drawing on diverse archival sources and material artifacts, Handley reveals that the way we sleep is as dependent on culture as it is on biological and environmental factors.

After 1660 the accepted notion that sleepers lay at the mercy of natural forces and supernatural agents was challenged by new medical thinking about sleep's relationship to the nervous system - this breakthrough coincided with radical changes shaping everything from sleeping hours to bedchambers. Handley's illuminating work documents a major evolution in our conscious understanding of the unconscious.