The School of Biological Sciences was officially launched this week with an event attended by more than 600 members of School staff and post-graduate students, along with colleagues from the Faculty’s PSS teams 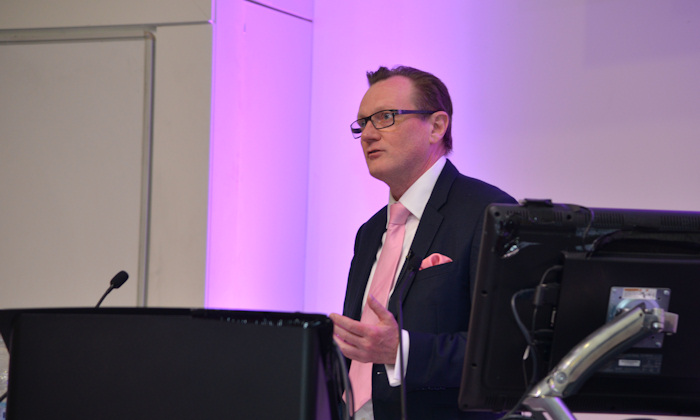 Welcoming everyone, Head of School, Professor Jane Worthington expressed her hope that the day would provide an opportunity for people to get to know each other and to gain a better understanding of some the research and education activities of the School.

The event was officially opened by the Dean of FBMH, Professor Ian Greer, who described the School’s recent successes as ‘stratospheric’, highlighting its role in leading the NIHR BRC and three out of seven of its themes, the successful renewal of The Wellcome Cell Matrix Centre and the contribution to securing the second highest award for NIHR Clinical Research Facilities nationally.

Congratulating the School, Professor Greer said: “I am very impressed with how well the School is working together. It’s a great start that can only reflect positively on the new Faculty.”

He added: “The School will help drive the development of the Faculty’s Strategy where a key focus will be directed into developing early career researchers.”

The event included presentations education, research and social responsibility activities, a postgraduate poster competition and a drinks reception. Throughout the day, attendees had the opportunity to meet representatives from the event’s sponsors as well as various University initiatives such as sustainability and the library alongside the Faculty’s PSS functions including the Research, PGR and Business Services.

The main focus of the day was to introduce the work of each of the six Divisions through a series of presentations that highlighted the extensive activities they carry out.

Amongst the wide ranging research showcased the audience heard examples of successful public engagement from the Manchester Fly Lab and the Psoriasis Shout Out; cross Faculty collaborations such as the development of the “Polynerve” nerve substitute by Material Sciences and the Blond Mcindoe plastic surgery lab; and bench to bedside work developing treatments for conditions such as photosensitivity and loss of vision.

The School’s education team also gave a comprehensive overview of the range of 21 UG and 18 Masters programmes provided to a total of 2749 students. NSS scores for student satisfaction were higher than the national average at 90% and the team are continuing to work to address feedback around assessments with a nine month review planned in May.

Guest speaker Professor Ian Bruce, Director of the NIHR Manchester Biomedical Research Centre (BRC), outlined the BRC’s role in supporting DevoManc to enable Manchester to become the exemplar of health and social care integration by acting as a translational hub.

Paul Redmond, the University’s Director of Student Life, delivered the entertaining and thought provoking keynote speech that discussed the challenges presented by technological advancement and longer life expectancy on our students’ future careers, arguing that many of the traditional graduate career choices are becoming obsolete due to ‘zombiefication’ of jobs.

Closing the event after presenting the poster competition awards, Jane Worthington thanked everyone involved in the organising the day as well as sponsors, exhibitors, speakers, and session chairs and looked forward to repeating the event on an annual basis.