Manchester is the birthplace of the Industrial Revolution and a city whose ideas have always challenged the established order. This summer it was the perfect host for Europe’s greatest scientific gathering, ESOF 2016 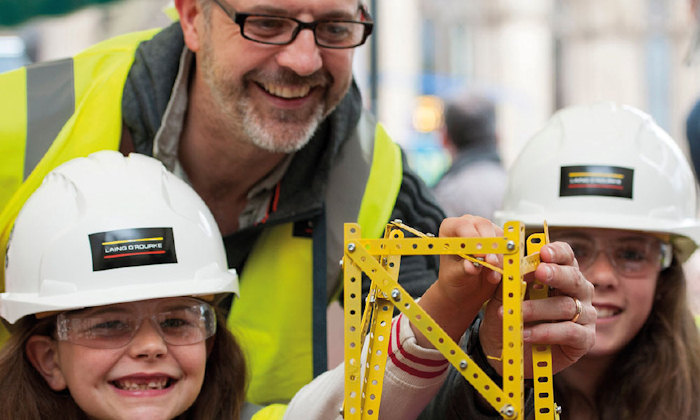 For five days in July, ESOF – or the EuroScience Open Forum to give its full title – brought together more than 3,500 leading thinkers, innovators, policy makers, journalists, business people and educators from 80 countries.

With the theme of ‘Science as Revolution,’ it was an opportunity to provoke and stimulate debate and an exploration of how science and technology transform our lives, constantly challenging how we think and act.

And of course it was recognition of Manchester’s heritage as a science city with the major role our University has played in that for almost 200 years.

Just to make things even more interesting, this was the first time that a significant group of international delegates would gather together to debate the hottest topic of the summer – the result of the UK Referendum and the decision to leave the EU.

Our University played a pivotal role not just in bringing ESOF to the Manchester in the first place, but in shaping and delivering the programme and themes.

Dozens of University academics were among the speakers giving a huge range of sessions and events designed to promote dialogue on the role of science and technology, stimulate public interest and engagement, and engage the European science community with global partners and perspectives.

Our research beacons – advanced materials, addressing global inequalities, industrial biotechnology, energy and cancer – took centre stage, with our exhibition stand at Manchester Central giving delegates the opportunity to get hands on with research which is meeting global challenges with Manchester solutions.

And with hundreds of journalists and science communicators in the same place at the same time, it was an ideal opportunity to showcase the University’s strengths through social media content, live blogs, press conferences and face to face meetings with our media experts throughout the week.

On campus we hosted a media dinner which saw the premiere of a newly commissioned film highlighting our University’s scientific heritage: ‘This is Manchester Science’.

Around 150 journalists and delegates also made the trip to Jodrell Bank Observatory to take in the delights of the bluedot Festival, including the amazing sight of the Lovell Telescope lit up by Brian Eno artworks.

An enthralled and inspired public

The event not only brought together the world’s science community, but also reached out to an enthralled and inspired public.

Our academics and colleagues also took part in a range of events in a free week-long festival, Science in the City, to mark Manchester’s year as the UK’s first European City of Science.

They were invited to explore how the brain works in The Brain Box, a unique opportunity to interact with scientists, clinicians, creative practitioners and artists.

In the city centre, our scientists reanimated organs at Manchester Central Library, we opened an inflatable museum and exhibited cancer as art, while our Allotment of the Future explored how we could make the most of our urban spaces to grow food in the future and what kind of menus we might be choosing from in years to come.

We also threw open our doors to the public with our Open Labs initiative, giving visitors access behind the scenes of Manchester science to see first-hand the settings where Manchester’s best minds work on the next big breakthroughs.

Running alongside ESOF, Science in the City engaged and inspired everyone, from the next generation of scientists to anyone of any age with an interest in the world we live in.

For that week – as it always is in Manchester – science was truly revolutionary.

To read our science stories, visit: