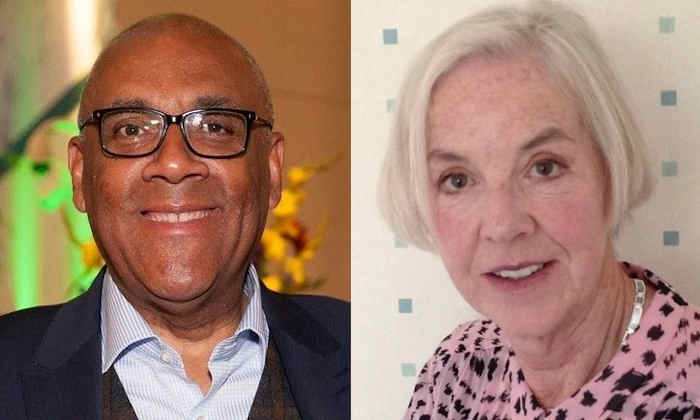 Two leading individuals from The University of Manchester – along with ours and the UK's first female dental professor and many alumni – have been recognised for their achievements, by being named in Her Majesty the Queen’s New Year honours list.

Assistant Director of Human Resources Steve Grant has been awarded an MBE for services to unemployed people in Greater Manchester.  In 2011, he devised and established The Works, the University's ground-breaking initiative which has supported over 3,000 mostly unemployed local people. It provides training and support to enable them to access temporary and permanent jobs with the University and other employers including the Royal Mail, Greater Manchester Police, Bruntwood and Amazon.

One of the only initiatives of its kind in higher education – and one of only a handful in any sector – The Works has been recognised by several prestigious accolades, including a Guardian Sustainable Business Award and a Times Higher Education Award.

Steve established and chaired the Central Manchester Employers Alliance, has held a quasi-judicial role on the Committee for the Employment of Disabled People, and was appointed as a National Apprenticeships Ambassador in recognition of his leadership in the sector. He also volunteers his time to provide one-to-one mentoring support to unemployed people, and is a Trustee of a charity concerned with providing support to refugees.

In support of the University’s Campus Masterplan, Steve has devised and leads the University of Manchester Construction Academy, working with Laing O’Rourke, Sir Robert McAlpine, Balfour Beatty and the Manchester Growth Company.  The Academy exists to ensure that unemployed people have the skills and vocational qualifications required to access the job and apprenticeship opportunities in construction which the development of the campus will provide.

“I am delighted to have been recognised in the 2017 New Year’s Honours List,” said Steve. “There are thousands of hugely talented but unemployed women and men of all ages in Greater Manchester, and it is a privilege to have the opportunity to work with them to help fulfil their potential.”

Carol Smart, who has been awarded a CBE, is a feminist sociologist and is currently Professor Emerita of Sociology at the University. She has a long and distinguished career in sociology and socio-legal studies, and was Co-Director of the Morgan Centre for Research into Everyday Life until she retired in 2014.

In 2009, Carol was awarded an honorary doctorate of Law from the University of Kent, and was elected as Fellow to the Academy of Social Sciences in 2012 in recognition of her research.

“I was delighted to learn that I was being mentioned in the New Year Honours List, because it is a fantastic public recognition of my contribution to sociology,” said Carol. “I would like to take this opportunity to acknowledge the importance of the intellectual environment provided by my outstanding colleagues in the Morgan Centre, as well as all of the colleagues I have worked with closely in the past.”

Honours to former staff and students

Another Manchester-related honour went to Professor Liz Kay, who has been awarded an MBE in recognition of her services to dental education. Though now based at Plymouth where she is Dean of the Peninsula College of Medicine and Dentistry, she became one of the first female dental professors in the UK when she was appointed to The University of Manchester in the 1990s.

Among the former Manchester students recognised in the list are Professor Elizabeth Anionwu (Dip Nursing 1978), founder of the Mary Seacole Centre for Nursing Practice, who receives a damehood for services to nursing and the Mary Seacole Statue Appeal; Professor John Vincent McCanny (BSc Physics 1973), director of the Institute of Electronics, Communications and Information Technology, who receives a knighthood for services to Higher Education and Economic Development; Maggie Philbin (BA English and Drama 1978), former Tomorrow’s World presenter and Chief Executive Officer of TeenTech, who receives an OBE for services to promoting careers in STEM and Creative Industries; and Bernadette Ryan (MA Counselling 2005), Directorate Manager at St Mary's Sexual Assault Referral Centre in Manchester, who receives an OBE for services to Supporting People Affected by Sexual Assault.