Manchester researcher presents work to understand formation of the Universe

A Manchester-based astrophysicist has presented research at a major international conference which is expected to provide scientists with valuable insights into the behaviour of gravity in the early stages of the Universe, allowing them to better understand the forces that created it 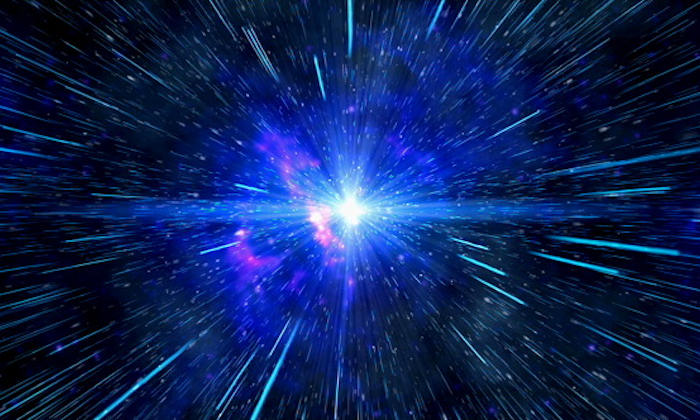 Square Kilometre Array (SKA), the organisation based at The University of Manchester’s Jodrell Bank which is building the world’s largest radio telescope, is holding its 2016 science conference in India where it is previewing future developments and developing new collaborations with the 200 astronomers from around the globe in attendance.

Stefano Camera, a Research Associate in Theoretical & Observational Cosmology Observations at Jodrell Bank, has presented his work which he conducted with the SKA and other oncoming cosmological surveys. His work is based on a statistical analysis of the distribution of galaxies, to eventually be obtained with large-scale surveys conducted using the SKA dishes (SKA-mid) in South Africa.

“We need a census of hundreds of millions of galaxies, stretching as far away as possible and covering almost the whole sky for the analysis to be relevant” explained Stefano.

Current optical facilities can only look at small areas of the sky at a time to get enough depth to see very distant galaxies, or map large areas superficially. “SKA-mid is uniquely suited to do this. With its sensitivity and survey speed we’ll be able to create large but accurate maps of the temperature of neutral hydrogen in galaxies, effectively surveying an unprecedented volume of the Universe.”

The distances of galaxies, however, are hard to measure using solely their radio wave emissions. To get this information, Stefano would use data produced by Euclid and conduct a similar survey with the Large Synoptic Survey Telecope (LSST) in Chile. Euclid is a European Space Agency mission to map the geometry of the Dark Universe and understand the evolution of cosmic structures in the optical/near-infrared, due to launch in 2020. LSST is a wide-field optical survey telescope being built in Chile and due to start operating in 2019.

“Thus, by combining observations from different experiments at different wavelengths, we can obtain extra information and get the full picture on how cosmic structures evolved on extremely large scales” he added. “At such large scales, we can still detect an imprint of the early inflation of the Universe, the mysterious phase of accelerated expansion which set the stage for the formation of galaxies and all the structures in the cosmos. Also, we can compare predictions of how Einstein’s theory of gravity works on those scales with actual observations for the first time.”

“If the predictions and the data match, it’ll be a further beautiful confirmation of the theory of general relativity, whereas if they don’t, it could be a tell-tale sign that we need a different theory. This is very exciting as it’ll eventually lead us to a better understanding of gravity as a fundamental force of Nature and allow us to extend our understanding of the history of the Universe back to the Big Bang itself!”