A group of young scientists from the University are celebrating, after winning a major international competition for their invention of a cutting-edge alcohol detector 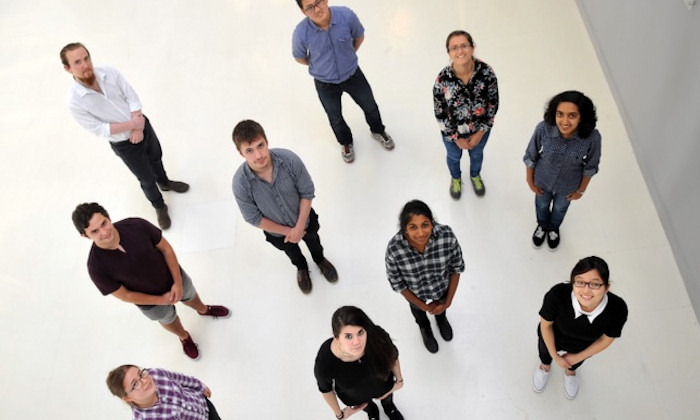 The ‘AlcoPatch’ detects alcohol in sweat, and contains a colour patch which indicates the level of alcohol consumed by the wearer. Its inventors hope that the patch will be used in the future as an ‘affordable, personal intoxication awareness tool’ to test blood alcohol levels.

The group - made up of six biologists, two engineers, a maths student and a linguistics student - spent the summer perfecting their design under the supervision of Professors Eriko Takano and Rainer Breitling at the University’s Manchester Institute of Biotechnology (MIB), and then entered the project into last month’s prestigious iGEM international world championship in synthetic biology in Boston, USA.

The team received financial support from the MIB, Manchester Enterprise Centre, the industrial biotechnology networks IBCarb and BioProNET, Tokyo Chemical Industry UK Ltd, and all three faculties of the University, which made their trip to Boston possible. A large number of industry sponsors helped with generous donations of reagents, loans of high-performance lab equipment, and free DNA synthesis.

They competed against 300 other student teams from around the world and won a gold medal, as well as scooping the special award for 'Best Computational Model' – and were also shortlisted for the 'Best Education and Public Engagement' award.

“In January when we first came up with this idea, we were brainstorming, and as we are surrounded by students, we thought it could be a useful tool,” said team member and Biomedical Sciences student Sathya Darmalinggam. “It could be really useful for people for things like knowing if it’s safe to drive after drinking.”

“One of the great achievements of the iGEM team this year was that they talked extensively to the Manchester community to find out how their project could make a real difference, and they brought this information back to the laboratory to decide which experiments to do. They didn't just care about genes and microbes, but also were thinking hard about the impact of their science on the wider world.” said Professor of Synthetic Biology Eriko Takano, who supervised the students when they developed the AlcoPatch.

Professor of Systems Biology, Rainer Breitling, who advised on the computational modelling that helped the students with their experimental designs, added “The team was very interdisciplinary this year, with students from all three Faculties at the University coming together to do some very advanced genetic engineering. Their diverse background allowed the team to apply some really sophisticated technologies to their project, building a unique computational model to predict how to best design their biological system, so that they could optimise the experiments.”

“I am delighted by the fantastic success of our students in this important international competition,” said President and Vice-Chancellor Professor Dame Nancy Rothwell. “This coincides with the release of data from HEFCE showing that the university tops the list for start-up companies, a major event in Manchester for young entrepreneurs, and Innovate UK’s national conference here in Manchester this week.”