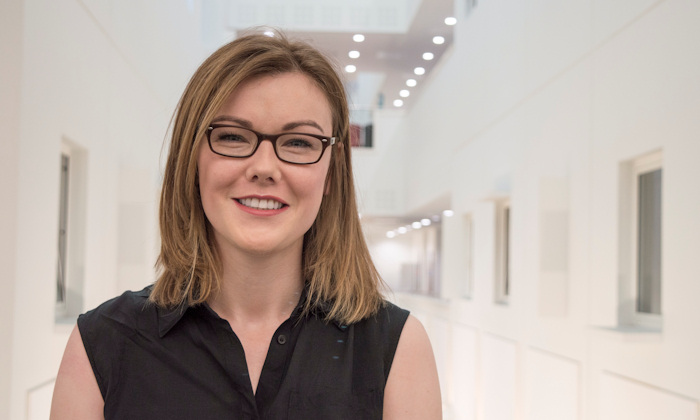 Dr Joanne Jordan, based at the Global Development Institute, has been announced as a finalist in the national Engage Competition run by the National Co-ordinating Centre for Public Engagement (NCCPE). Her project The Lived Experience of Climate Change: A Story of One Piece of Land in Dhaka is one of three projects shortlisted for the Arts, Humanities and Social Sciences Award.

Joanne’s project communicated her research findings through a ‘Pot Gan’, a traditional folk performance, which encouraged slum dwellers, researchers, practitioners and policymakers to reflect on the day to day realities of living with climate change in Dhaka. The documentary about her research has been viewed over 100,000 times and is to be screening in London in February 2017.

Joanne is passionate about public engagement, telling the Dhaka Tribune “I believe that it is a researcher’s moral responsibility to engage the communities around the findings that they have been central to generating. Far too often, research is carried out extractively in the global south, and then presented only to audiences in the global north.

Public engagement and research dissemination should be aimed at a diverse audience using innovative methods that not only present the findings but challenge the audiences to action or critical thought. This is how academics can have a real, lasting impact on the issues and communities they study.”

The NCCPE first launched the Engage Competition in 2014 to provide a UK-wide opportunity to recognise and celebrate some of the effective public engagement with research activity that universities are involved in. The competition is biannual and running for the second time this year - receiving over 180 entries. There are six competition categories, and the winner of each category will receive a prize of £1,500 to go towards further public engagement work. The winners will be decided on the 28th November, before being announced at an awards ceremony as part of Engage 2016, the NCCPE’s annual conference, on 29th November 2016.

Paul Manners, Director of the NCCPE, said “The Engage Competition is a highlight of our work at the National Co-ordinating Centre for Public Engagement. It uncovers amazing people, projects, partners and research. This year did not disappoint. The quality of the applications has been higher than ever, showcasing the very best of engagement practice across all disciplines and participant groups - reaching from the very local to the global.”

University President and Vice-Chancellor Professor Dame Nancy Rothwell wrote about the importance of public engagement in her recent Policy@Manchester blog.