How Bangladesh is confronting climate change head on

Professor David Hulme, Executive Director of the Global Development Institute, has co-authored a new book on the Bangladeshi approach to combating the effects of climate change 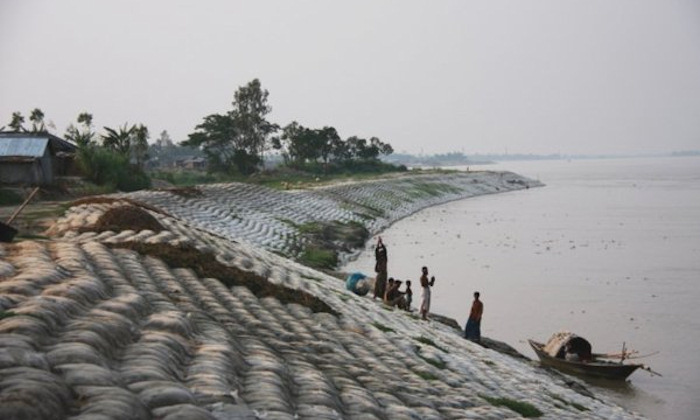 The book demonstrates how Bangladeshis are confronting climate change head on by playing key roles in international agreements and dealing with the environmental damage caused by cyclones and floods.

Three decades ago, Bangladeshi scientists recognised that global warming would produce more destructive cyclones, heavier rain and rising sea levels. Combined with the fact that 10% of the country is less than 2 metres above sea level, it was evident that something needed to be done to prevent future catastrophes and protect the lives of Bangladeshi citizens.

Scientists and government officials took a two-pronged approach. Firstly, they prioritised international climate change talks, sending skilled teams that mixed the best experts from the Bangladeshi government, charities, universities and the private sector. The country played a key role in the Paris Climate Agreement, which comes into force on November 4 and makes all countries responsible for reducing greenhouse gases - not just those in rich western nations.

Secondly, they accelerated programmes to deal with environmental challenges, which they knew would be made worse by climate change. For example, new rice varieties have made the country self-sufficient, but even newer strains will deal with higher heat and salt intrusion. Local people also realised that the millions of tonnes of silt deposited annually in the country presented an opportunity to raise the land to match the rise of sea levels.

“When 500,000 Bangladeshis fled to huge concrete cyclone shelters to escape Cyclone Roanu in May this year, it was hardly reported in the western media,” said David Hulme. “Shelters and warning systems have already cut the death rate from super cyclones by 98%, but because few people died and the shelters were designed and built by Bangladeshis, not by aid agencies, few outsiders are aware of the striking progress that the country has made.”

“The book shows how Bangladeshis are committed to keeping their heads above water by being active agents of adaptation, not helpless victims waiting for aid.”

For more on the Global Development Institute, please visit:

Addressing Global Inequalities is one of the University’s research beacons – examples of pioneering discoveries, interdisciplinary collaboration and cross-sector partnerships that are tackling some of the biggest questions facing the planet.