Watch the live stream as the University awards an honorary degree to the Executive Director of Oxfam International, Winnie Byanyima, and four other recipients during our Foundation Day celebrations on Wednesday, 19 October 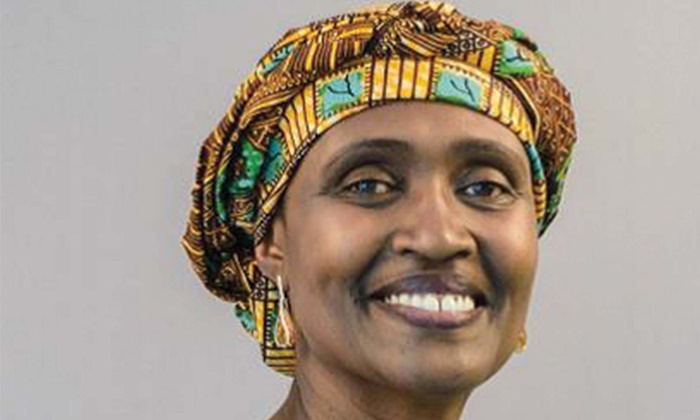 A live stream of the ceremonies is available from 4.30 pm at:

Winnie, who is also an alumna of the University, will use the occasion of the ceremony to give a Foundation Lecture entitled ‘Advancing Women’s Rights in an Unequal World: A personal perspective’, in which she’ll outline some of the experiences of her unique career in politics and international development.

Ugandan-born Winnie leads Oxfam International, a confederation of 19 organisations working in more than 90 countries, empowering people to create a future that is secure, just, and free from poverty. She led Uganda's first parliamentary women's caucus which championed ground-breaking gender equality provisions in the country's 1995 post-conflict constitution.<

A signatory to her country's 1985 peace agreement, Ms Byanyima has helped to broker and support women's participation in political transitions in Ethiopia, Rwanda, South Africa, Burundi, Sudan, South Sudan, Kenya and other countries emerging from conflict.

She has a BSc in Aeronautical Engineering from Manchester and returned to campus earlier this year to launch the University’s Global Development Institute, Europe’s largest research and teaching institute dedicated to international development.

Professor Dame Nancy Rothwell, President and Vice-Chancellor of the University, said: “I am delighted that at this year’s Foundation Day celebrations we are welcoming back an alumna, Ms Winnie Byanyima, to deliver our most prestigious lecture and to award her an honorary doctorate.

“Winnie’s drive to promote the roles of women and work to address global inequalities fully align with the University’s own activities.

“It is also an honour to be able to recognise the great contributions to society made by Lord David Alliance, Professor Dame Sue Bailey, Mr Anil Ruia and Sir Norman Stoller with the conferment of their honorary doctorates.”

Another prominent businessman and donor receiving an honorary degree is Sir Norman Stoller. In 1982 Sir Norman founded The Stoller Charitable Trust and, through his personal donations, he has given tens of millions of pounds to support institutions, individuals and charities.

Through his Trust, Sir Norman has particularly supported The University of Manchester in the areas of cancer and biomarker research. The Stoller Biomarker Discovery Centre was formally opened in June 2016.

Committed to the business, arts, educational and charitable sectors over a significant period of time, Anil Ruia was born in Mumbai and educated in Stockport. He is Chairman of Botraco Ltd. and a Director at James Warren Tea Ltd. India. He joined the University’s Board of Governors in 2005, was appointed as its Chair in 2010 and held this role until his retirement in 2016.

Professor Dame Sue Bailey, a University of Manchester alumna, is a Consultant Child and Adolescent Forensic Psychiatrist, focussing on risks presented by and to young people who enter the mental health, social care and youth justice systems.

She appeared as an expert witness in the James Bulger murder trial in 1993, and spent several years working with Jon Venables, one of the killers, to get him to accept responsibility for this crime. She was awarded an OBE in 2002 and a DBE in 2014. She is a Consultant Child and Adolescent Forensic Psychiatrist at Greater Manchester West Mental Health NHS Foundation Trust.

In a fitting inclusion to the ceremony, the University’s student choir, Ad Solem, will perform for the guests. Music students, including the choir, are behind an innovative ‘Grade-1-athon’ fundraising idea which last year raised £3,000 for Oxfam and which the charity has rolled out as an idea to other UK universities.