According to researchers at the University, the animal world may be facing a 'refugee' crisis of its own as species splinter into isolated populations 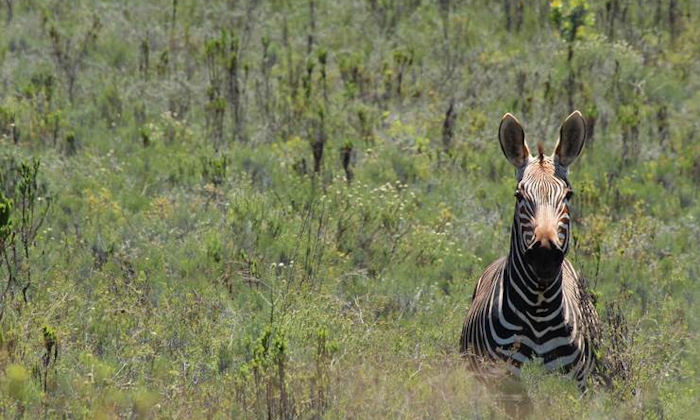 A team from Manchester has identified 'refugee populations' in the Cape mountain zebra – and such species are being put at risk because they are being partially conserved in unsuitable habitats. Lead researcher Jessica Lea, from the School of Earth and Environmental Sciences, said the research - published in the journal Biological Conservation - reveals a potentially widespread conservation issue.

“We argue that species or populations are sometimes conserved in habitats that are not optimal or suitable for them – and to support this argument we focused on a case study of Cape mountain zebra in South Africa,” explained Lea. “Conservation efforts for this species have increased numbers substantially in the last 50 years and should be commended, however our research suggests that some populations may not be successful in the long-term.”

Principal Investigator for the project, Dr Susanne Shultz, said man-made activities have led to a long-term contraction and shifts in the ranges of many species - creating isolated populations in ecologically marginal and suboptimal habitats.

The issue of refugee populations is potentially widespread and this forced displacement has resulted in:

Describing the research project, Lea and Dr Shultz said: “We developed a framework to assess potential refugee populations in marginal habitats using a model species, the Cape mountain zebra. We measured habitat and diet quality by assessing the abundance of grass in each reserve and performing proximate nutrient and element analyses.”

“In addition, we found more variance in sex ratio and population growth rates in smaller populations suggesting they may be more at risk for random stochastic effects, such as a biased sex ratio, compounding poor performance. We show how the ‘refugee’ concept can be applied more generally when managing species with fragmented populations occurring across marginal habitats.”

“More broadly, our results highlight the importance of recognising the range of habitats historically occupied by a species when assessing ecological suitability. Identifying and mitigating against refugee, relict and gap populations is especially critical in the face of ongoing environmental change.”