From Monday, 10 October, every motorist driving through the bus gate between 6am and 9pm, seven days a week, will receive a penalty charge notice 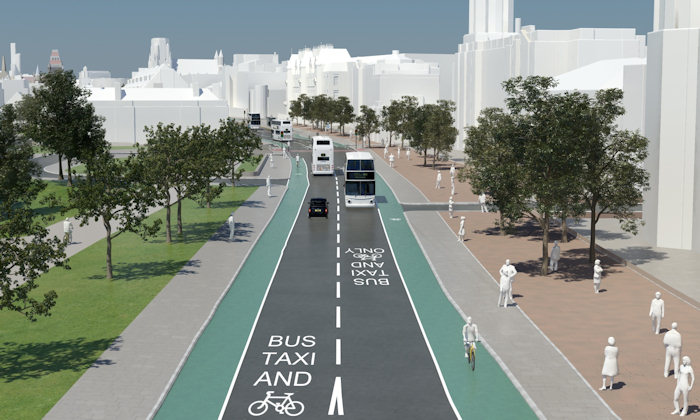 From Monday, 10 October, the bus gate on Oxford Road - the section between Hathersage Road and Booth Street - will be fully operational and will give priority to buses, cyclists and taxis between 6am and 9pm seven days a week.

Every motorist – other than buses, cyclists and hackney carriage taxis – will receive a penalty charge notice if they drive through between 6am and 9pm. The bus gate is well signed and motorists should follow the alternative routes.

Created to improve bus services by reducing journey times and increasing reliability, the bus gate will provide a better service for passengers and ultimately contribute to and encourage greater use of public transport.

The bus gate opens as Transport for Greater Manchester have completed improvement works on Oxford Road to create a pedestrian, cylist and bus-friendly space. New bus lanes and stops have been added, along with new segregated cycle lanes and ‘Dutch-style’ bike bypasses which, safely separate cyclists from buses. At bus stops, instead of overtaking a bus, the rider can cycle ‘behind’ the stop, making it easier and safer for more people to use the popular route.

The Oxford Road works are part of a £1 billion package of city centre infrastructure improvements to be completed by 2017.