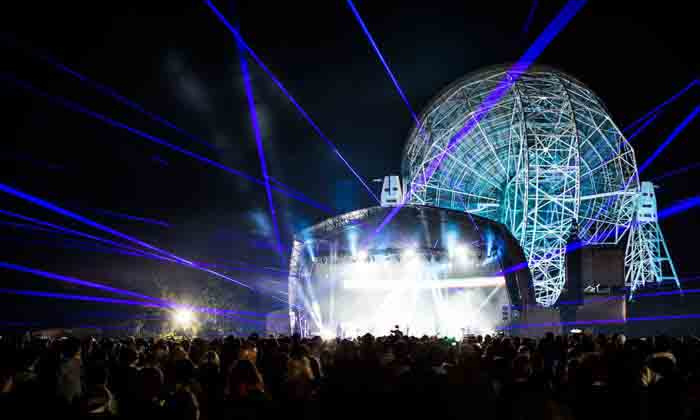 Bluedot's mission was to entertain and inspire through a weekend of ground breaking encounters, including performances, DJ sets, comedy, talks, workshops and live experiments. From 22-24 July 2016, visitors camped out under the stars and explored a stellar programme of music, science, arts, technology, culture, food and film.

Now the festival - named after iconic scientist Carl Sagan's ‘pale blue dot’ refererence to Earth - has been nominated in the following categories of the UK Festival Awards:

The awards are decided via a combination of public voting and jury panels and will be presented at the UK Festival Awards and Conference on 28 November 2016 at The Roundhouse in London. This is a major event which attracts over 1,000 of the most influential people in the business and gives the industry a chance to celebrate and reflect upon the achievements of the past year.

If you would like to help bluedot win at the UK Festival awards, please visit and vote at: