The University of Manchester is delighted to appoint Sir Mark Elder CBE as an Honorary Professor. 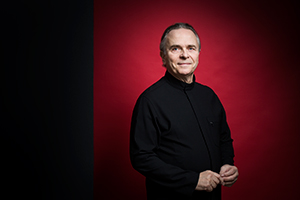 Sir Mark has been Music Director of the Hallé since September 2000 and works as a guest with the world’s leading opera houses and symphony orchestras. He has a wide-ranging discography of award-winning recordings and is International Chair in Conducting at the Royal Northern College of Music.

Sir Mark will join the University from 1 September 2016 and will give his inaugural lecture at 3pm on Thursday 29 September at the University’s Martin Harris Centre for Music and Drama.

Sir Mark commented, “It is a great honour to be asked to accept an Honorary Professorship in the Music Department of the University of Manchester. I shall be delighted to play a small role in developing future generations of professional musicians.”

Dr Camden Reeves, Head of Music, said “'We are delighted to welcome Sir Mark as an Honorary Professor here at the University of Manchester. His work at the Hallé has made him a musical icon within the city of Manchester, and as such he will be a fantastic inspiration to our students and staff. We are looking forward to working with, and learning from him in the years to come."