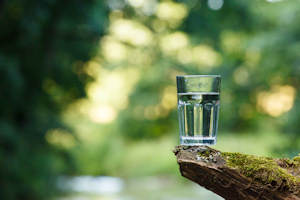 Toxic arsenic in well water is a devastating environmental health issue overseas, in developing countries such as Bangladesh. However, one of our PhD students, together with colleagues from the British Geological Survey, has discovered high exposure to the chemical from private water supplies here in the UK.

Now Daniel Middleton, a postgraduate research student, has worked with Professor David Polya, from our School of Earth, Atmospheric & Environmental Sciences, and Dr Michael Watts, from the British Geological Survey, and others to study the exposure of householders with private supplies in 127 homes in the county.

Their research, published in Nature Publishing Group’s Scientific Reports journal, showed that the small number of people living in homes with high arsenic in their supplies had urine tests which generally revealed high arsenic concentrations, which provides strong evidence that they are being exposed at concentrations potentially detrimental to their health.

The researchers suggest that installing suitable water treatment or using alternative supplies for drinking water or drinks could reduce their exposure, and any consequent health risks.

Cornwall was one of the most important mining areas in Europe until the early 20th century, as it has a geology rich in high metal – tin, tungsten – and high arsenic rocks and sediments, which has contributed to the high arsenic concentrations found in these supplies.

“These findings have important implications regarding the water quality of private supplies used for human consumption, not just in Cornwall, but across the UK and Europe,” said lead author Daniel. “Owners of single domestic supplies in England are not obliged to test or treat their water - we hope that this study raises awareness about the possible presence of arsenic and other potentially harmful elements in these supplies.”